Israel has rejected out of hand a draft proposal by France to internationalize the Temple Mount.

The plan was suggested on Friday to the Security Council by French ambassador to the United Nations Francois Delattre, supposedly intended to help cool off the violence at the site.


On Sunday (Oct. 18), Prime Minister Benjamin Netanyahu said at the start of the weekly cabinet meeting that Israel “cannot accept” the draft resolution at the UN Security Council.

Even burka-clad Muslim women — and even children — join in with the harassment of visitors to the site, screaming “Allahu Akbar!” from just a few inches away as Jews and other non-Muslims tour the Temple Mount grounds. Even with a police escort, the vicious abuse is allowed to continue unabated until either the touring Jews are cowed into abandoning the tour or one of the verbal attackers loses enough control that they make a physical move against the visitors. This offers a legal excuse for Israeli police to block the group, thereby affording the tourists a few moments of respite.

“We’ve seen across the Middle East – in Palmyra, in Iraq, throughout Iraq and elsewhere how the militant Muslims blast each other’s mosques to the sky. We’ve just seen it in a Jewish holy site, Joseph’s Tomb,” Netanyahu said, referring to the latest torching of the tomb of the Biblical patriarch Joseph.

“Only Israel, Israel alone, is the guarantor of the holy sites on the Temple Mount,” he noted, adding that it is not Israel that has made any changes to the status quo at the Temple Mount – the most recent excuse used by Palestinian Arabs to ignite the current wave of terrorism.

“We didn’t change anything,” Netanyahu said. “The orders of prayer, the visiting rights have not changed for the last 15 years. The only thing that’s changed are Islamist hoodlums paid by the Islamist Movement in Israel and by Hamas, who are entering the mosque and try to put explosives [in the building] and from there emerge and attack Jewish visitors to the Temple Mount, and Christian visitors. That’s the only change in the status quo.”

“Israel is not the problem on the Temple Mount,” he said. “Israel is the solution.” 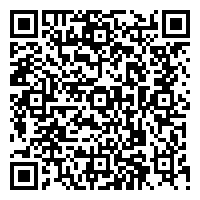