Barnea and Shoshanah Selavan, long-time residents of the Old City of Jerusalem, begin sharing their lives with JewishPress.com readers this week. The couple brings us a glimpse into what it’s like to walk among the ancient alleyways and enjoy the bright new artwork adorning the shops in Jerusalem’s Jewish Quarter.

Here in Jerusalem’s Old City we live this surreal existence. You aren’t just living your own life. It’s a sense that whatever you do you are representing the entire Jewish people. You can’t be scared, you can’t give in.


We are here in the center of the world, the magnetic field that attracts the entire Jewish world. And the truth is, we aren’t scared. We send our children to school, we go to the supermarket, go to work run our errands…but with one ear listening for sirens, helicopters, gun shots. I’d say we are all looking over our shoulders a bit more than before.

My newlywed daughter just called me. She needs to see a doctor and is scared to go alone. I wonder if my Arab neighbors in the Muslim Quarter are also showing signs of anxiety. As I hear the kindergarten children playing under my window I also hear the whir of helicopters in the distant background and wonder what the day will bring. Just in case, I’ve cancelled my husband’s tunnel tours for the rest of the month. The phone is not exactly ringing off the hook. But hey — the sun is shining and it’s a glorious day, and Rosh Chodesh to boot! So I’m putting on my dancing shoes and away I go … and in case you’re wondering, I will be walking out through the Arab shuk (market) because this is my home and that’s how I go. As I continue writing this it is late afternoon. When I left the Old City this morning I was bombarded by the sound of sirens, first going in one direction and then heading to another. I asked a police officer what was going on and heard about the two attacks in Armon HaNatziv and Geula. I felt short of breath, felt the world crashing in on my lungs, but I continued to town to meet my daughter. It’s relatively empty there now and those who are on public transportation or walking the streets are ill at ease. Everyone is talking about the attacks, and everyone is fed up. Everyone wants reprisals. But how do you reprise against a non-entity? Maybe we should let them declare a state and then we declare war on our enemies — makes sense doesn’t it? Tomorrow I may be meeting with President Reuven Rivlin. Other community council leaders are drafting a letter demanding an end to the violence to be translated into Arabic and they want us to present it to the president to sign. But if it was as simple as a letter, don’t you think someone would have thought of this earlier????? Just got a call to attend an emergency security meeting in the municipality — see you later! And yes, I am walking through the shuk to get there! Fascinating meeting, hearing Jerusalem Mayor Nir Barkat and his advisors describe the situation in the Arab schools in our city.

The mayor has been going into the schools where the terrorists are coming from and hearing from the principals and teachers how the children and teens are being fed a totally inaccurate pictures of reality from the Arab social media. How they truly believe that the terrorists are innocents being murdered by Israeli police officers! How they all have pictures of one of the young murderers and idolize him like a movie star, and look forward to joining him in the next world (and we all know how they plan on joining him, don’t we?) The principals are unable to combat the lies and our municipality is going in there trying to spread truth. Indeed fascinating how we continue to believe that they care to hear the truth.

But on a positive note, Old City youth organized a march from Jaffa Gate to Zion Square this afternoon, complete with Israeli flags and lots of heartfelt singing. Yesterday, at the end of the Lavie shiva, they closed up the tent which they set up at the site of the murder and held a special tefilla (prayer) at the Western Wall. Today they have focused their energies on keeping the spirits high for all Jerusalem residents.

Another day in the life of an Old City resident. Neighbor Rav Motty Berger once said that all Jews are driving in the car of Jewish history, but those living in Israel are in the driver’s seat. In that case we in the Old City are sitting on the windshield!

Prayers for peace throughout the land of Israel, and a speedy recovery to all of our victims of terror. 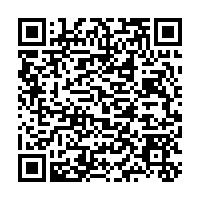