Nine of the terrorists were killed and a major incident resulted, giving Erdogan an additional excuse to sabotage ties between his country and Israel, milked for all it was worth. Diplomats on both sides finally put the matter to rest earlier this year, forcing the IHH to seek a new excuse for incitement with Israel.

Hamas, founded by the Muslim Brotherhood, provides an endless source for incitement in Turkey and Qatar, and “humanitarian concern” at the White House.

Oren has called on the international community to stand back and “let Israel crush Hamas.”

The statement comes in stark contrast to Obama’s strategy of forcing Israel to hold its fire and wait for Hamas to launch attacks against its citizens before retaliating each time.

It’s a safe bet that Hamas will violate any humanitarian cease fire that anyone puts into place regardless; they’ve violated all four of them so far – even when the terrorist organization itself has requested them.

“Hamas media strategy relies on deaths,” Oren noted in a media interview earlier this month. “Civilian casualties, be they Israeli or Palestinian, are a terrible tragedy. But Hamas seeks to get Israel to inflict the maximum number of civilian casualties in order to delegitimize the Jewish state and deny it the right to self-defense. More than a military strategy, Hamas has made a media strategy that relies on the cooperation – willing or unwilling – of the international press.” 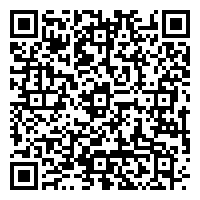