Roger Waters, 75, who has been planning his most spectacular tour to date, is deeply frustrated these days over the backlash he’s been facing from his big-name sponsors, most notably American Express, over his rabid hatred for Israel and his avid dedication to the BDS movement, Emily Smith reported for Page Six.

According to Smith, American Express will not spend the $4 million the aging Pink Floyd singer is demanding for sponsoring his 2017 US and North America tour. This month, the credit card without which one apparently can’t leave home  sponsored the Desert Trip festival “Oldchella,” with the elders of Rock N’ Roll Waters, the Rolling Stones, Paul McCartney, Bob Dylan and Neil Young. During the concert, Waters entertained the crowd with praise for the Palestinians and urged them to support the BDS Movement, saying, “I encourage the government in Israel to end the occupation.”


A source inside American Express told Page Six the company “pulled out because it did not want to be part of his anti-Israel rhetoric.”

A spokeswoman for the company said, “We never committed to sponsoring Roger Waters’ upcoming tour. When we were approached with the options, we passed on making a bid.”

Waters said this year, “I have been accused of being a Nazi and an anti-Semite for the past 10 years. My industry has been particularly recalcitrant in even raising a voice [against Israel] . . . I’ve talked to a lot of them, and they are scared [expletive]. If they say something in public, they will no longer have a career. They will be destroyed.”

Or at least they won’t get the big money they were hoping for. Except that Citi has now decided to put its money in the new Waters venture. If you own a Citi card, now would be the time to call them up and tell them you’d like it with a little less Waters. 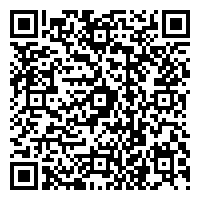