Bulgaria has officially backed down on Wednesday from the charges it made only a few months ago, that the deadly Burgas airport bombing of a bus carrying Israeli tourists, July 18, 2012, was done by agents of Hezbollah. Five Israelis and one Bulgarian national were killed in the blast.

And in the process of dropping the ball, the Bulgarians have left a brave, conservative British government to its own devices, in the midst of their drive to get the EU to blacklist the Shi’ite terrorists.

They had Canadian and Australian passports and they lived in Lebanon. According to the Europol, DNA evidence left on SIM cards helped investigators to conclude that Hezbollah was indeed behind the bus bomb attack in Burgas.

What happened? A new government happened.

After months of a political impasse, on May 28 Bulgaria was endowed with a new, Socialist-led government, which won a parliamentary vote of confidence, even though it relies on a minority coalition in parliament. This means that the new government of the European Union’s poorest country will be helpless to steer the economy in new directions, or at all, and to attract investment.

The Socialist party in Bulgaria is, really, the leftover bosses from the old Communist regime but with better PR. The former governing party, Citizens for European Development of Bulgaria, was more pro-American. The country’s stalement—still unresolved—has lasted since the February vote.

The minority government received 119 votes in favor and 98 against. It is backed by the Socialists and their ethnic Turkish MRF allies, and it is led by Plamen Oresharski, 53, a non-partisan former finance minister.

“The evidence is not categorical” that Hezbollah planned the attack, said Bulgaria’s brand new foreign minister, Kristian Vigenin, said on Wednesday in an interview with Bulgarian National Radio.

He said it while a European Commission is debating whether to designate Hezbollah as a terrorist organization, even as the Hezbollah is sending expedition forces into Syria, in support of the embattled President Bashar al-Assad.

France and Germany have joined Britain in calling for Hezbollah’s ouster from the civilized world. Britain formally submitted the Bulgarians’ own evidence of Hezbollah’s involvement in the airport bombing, coupled with the March conviction of a Hezbollah agent operating in Cyprus of plotting another attack there.

Back in February, correspondent Borzou Daragahi, working for the London-based Middle East and North Africa, apologized for suggesting that Israel bribed Bulgaria to framed Hezbollah. “Sincere apologies and regret for ill-conceived tweet yesterday about Israel and Bulgaria,” Daragahi tweeted.

The previous day, Daragahi had tweeted, “I don’t doubt Hezbollah/Iran could be behind Bulgaria bombing, but also think Israel could pay Sofia to say anything.”

“We have to reflect on the consequences,” she told a press conference this past Tuesday, “we have to consult and come back.”

Ashton could not bring herself to even mouth the word “Hizbollah,” let alone utter a condemnation for its wanton brutality.

This reporter is known for mixing his private views and speculations with his news reporting, but for once I don’t see a need to speculate wildly. There appears to be a struggle within the EU over one of the vilest organizations in the world, an ally and a partner of two repressive, murderous regimes – and just last night, the supporters of that vile organization inside the EU managed to move the goal posts several yards on the decent folks who were trying to ostracize it. 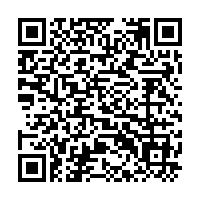