Emotions ran deep as the body of young Ezra Schwartz, z’l arrived home in Boston for burial on Sunday, Nov. 22, accompanied by many of the students with whom he had learned weeks earlier.

Dozens of young men bid farewell Saturday night to the 18-year-old yeshiva student who was brutally murdered in a terrorist attack by a Palestinian Authority Arab last Thursday.


Many yeshiva students from Beit Shemesh volunteered to travel the final journey with their fellow student’s body. They and numerous others gathered in a circle at Ben Gurion International Airport in Tel Aviv on Saturday night to sing the Israeli national anthem, HaTikvah. Schwartz was one of a total of five people who lost their lives to Arab terror on Thursday.

It was announced that a memorial service is scheduled for Sunday evening November 22 on the campus of Midrashiat Amaliah, Rehov Haim Heller 31, Givat Mordechai, Jerusalem. Recitation of Tehillim is set to begin at 6:30 pm. The funeral for the young yeshiva student, scheduled to begin at 7:00 pm Israel time, will be broadcast live on site.

On Saturday night, as farewells were said to the murdered American, people in Kiryat Gat raced for cover while others hunted for another Arab terrorist who stabbed four new victims, one a 13-year-old girl. Several hours later with air and ground support that included some 250 police officers, the stabber was caught just before midnight, with the blood-drenched knife still in his possession.

Barely 100 meters from the scene of the attack, the 16-year-old terrorist was hiding in a backyard on the same street where he stabbed his victims. He was given up to authorities by two of his friends, according to the Hebrew-language newspaper, Yediot Aharonot, and identified as an illegal worker from Hebron. 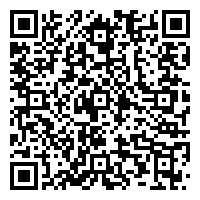