One year almost to the day after the signing of the nuclear agreement between Iran and the world powers, and in blatant violation of UN Resolution 2231, Tehran tried to launch a ballistic missile using North Korean technology, Fox News reported, citing intelligence officials.

The test failed when the missile exploded after liftoff, on July 11 at night, outside Saman, a city west of Isfahan, at a site Iran has used before to conduct ballistic missile tests. This is the latest attempt in the year since the signing of the nuclear deal.


The test rained on President Obama’s parade, who said on Thursday, the actual anniversary of the deal, that “over the last year, the Iran deal has succeeded in rolling back Iran’s nuclear program, avoiding further conflict and making us safer.”

But according to The Hill, the Republicans used the one-year anniversary for several largely symbolic measures to undermine the deal. “We need to look no further than Iran’s dangerous and destabilizing activities to see the disaster that the Iran nuclear agreement has been over the last year,” Sen. Marco Rubio (R-Fla.) said in a statement.

In UN Resolution 2231, Iran is “called upon not to undertake any activity related to ballistic missiles designed to be capable of delivering nuclear weapons, including launches using such ballistic missile technology.”

According to Reuters, a confidential report by UN Secretary General Ban Ki-moon said that Iran’s ballistic missile program is “not consistent with the constructive spirit” of the nuclear deal. The Security Council is due to discuss the Ban Ki-moon report on July 18. Iran’s foreign ministry spokesman Bahram Ghasemi announced that “Iran will strongly continue its missile program based on its own defense and national security calculations.”

Secretary of State John Kerry, who meets regularly with Iranian Foreign Minister Mohammad Javad Zarif, said this week that “Nobody pretends that some of the challenges we have with Iran have somehow been wiped away. There are other real issues, and we will continue and are continuing to focus on those issues.”

Which means the US is content to permit the Iranians to defy the UN and the Western allies in working on long-range missiles, which should be ready to carry nuclear payloads as soon as the temporary limit on Iran’s development of a nuclear device is removed, in 2025. And with its newly thawed billions of dollars, what would stop Iran from buying the device from North Korea, its favorite shopping spot?

In late June, North Korea succeeded in launching its home-grown Musudan intermediate-range ballistic missile, which flew a distance of 250 miles to the Sea of Japan, this after five earlier failures. 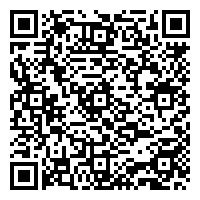