The leading faction of the Palestinian Authority, itself a major source of incitement and terrorism against Israelis, has publicly thanked the United Nations Security Council for its passage of Resolution 2334(2016) on Friday.

Illustrations before and after the passage of the resolution make it clear that the Fatah faction has interpreted the unanimous vote at the UNSC as a warm hug by the international community, and a green light for another wave of terror.


Three days ago, Fatah’s official Facebook page posted a drawing of its map of ‘Palestine’ – translated by the Palestinian Media Watch (PMW) media watchdog organization – encompassing all of the State of Israel and was painted as the Palestinian Authority flag. A hand gripped the map as a weapon, and it was being used to stab the word ‘settlement,’ written in Arabic. Above the image was written, “#Palestine will defeat the settlement”

But on Saturday, the day after the unanimous vote by the UN Security Council that declared Israel’s communities illegal if they were established in any area restored to the country from 1967 onward, Fatah republished the image – but this time added a pool of blood below.

Above the image was written the words, “Thank You,” and along the sides, the names of the 14 countries who voted unanimously in favor of the resolution: Russia, China, France, Britain, Ukraine, Japan, Spain, Egypt, Uruguay, New Zealand, Senegal, Angola, Venezuela and Malaysia.

The United States, whose abstention actually facilitated the passage of the resolution, was not mentioned.

It’s clear from the illustration that Fatah interprets the vote – and the resolution – as an expression of international permission to kill Israelis, be it written, spoken or merely implied. And the terrorist faction has offered its thanks, noting that regardless, more Israelis will die as a result of the UN resolution. 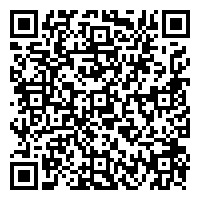