Jews in Paris have been under a lot of stress over the past couple of years.

A 40-year-old Jewish man in Europe decided to lighten things up for Purim at a Paris synagogue last week, so he arrived for the Megillah reading dressed as a jihadist, yelling “Allahu Akbar!”


He was really authentic, right down to the flowing robes, beard and fake AK-47 Kalashnikov assault rifle.

The guards protecting the southeastern Paris house of worship in Vincennes were, suffice to say, shocked. Police sources told media it definitely created “a certain emotion” among the soldiers.

The incident took place at a Chabad synagogue towards the end of Purim last Thursday night.

Many Jews consider it a mitzvah (commandment) on Purim to drink to the point of no longer knowing the difference between King Ahashuerus and Haman.

The man told Le Parisien he did it to “lighten the mood.” He later admitted that perhaps he made “a big mistake.” The synagogue is located in the same community where four Jews were shot last year.

The shock passed once some of the congregants recognized the “jihadist” dressed in the flowing Arabic robes.

However, the ersatz “jihadist” was ordered to pay a visit to the police precinct on Friday. 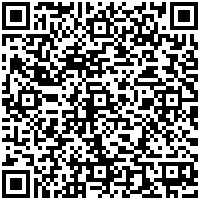