It appears the Jewish community in France has more to fear than simple anti-Semitism in Europe. Jews have often ended up in history’s crossfire when the winds of war were raging. This time appears to be no exception as the world wrestles with radical Islam.

There are two main issues that are endangering French Jewry. The first danger can be likened to the proverbial clash of the stags, so to speak. And the Jews are underfoot. Or fodder.


Al Qaeda is in competition with the Islamic State in Iraq and Syria (ISIS), via its affiliates, each of which operates independently. An operative recruited by Al Qaeda in the Arabian Peninsula, AQAP, led the first of last week’s series of terror attacks in Paris. But the siege of terror was actually carried out by two separate teams from the competing terror groups who joined together for the purpose of making a statement in France.

The first team, comprised of Cherif Koachi, 32 and his brother Said, 34, also included 18 year old Hamid Mourad and a fourth person – as yet unidentified – who drove the getaway car. That group is linked to Al Qaeda; Cherif had been recruited while on the streets and then in the jails of France. His brother Said had actually traveled to Yemen and met with AQAP leader Anwar al-Awlaki, and trained at the terrorist bases there.

The second team – that of Amedy Coulibaly and his common-law wife, Hayat Boumedienne – belongs to ISIS. Coulibaly was seen on Sunday in the traditional terror shahid (martyr) video that was produced at some time prior to carrying out the attacks. Someone – possibly Boumedienne – uploaded the video to the Twitter social networking site two days after he died in a blaze of French SWAT team gunfire.  In the video he appears to be seated below the flag of the Islamic State in Iraq and Syria, pledging allegiance to ISIS leader Abu Bakr al-Baghdadi.

The footage was authenticated by a former lawyer for the terrorist as well as by the SITE research group that tracks terrorist propaganda. “We managed to synchronize to come out at the same time. What we have done is completely legitimate, given what they have done. If you attack the caliphate, we will attack you,” Coulibaly says in the video.

It is clear that Al Qaeda and ISIS, rivals who compete for the prestige of being able to claim control over the world of terror, have nevertheless found a way to work together when the goal is worthy. This is the first instance in which the two groups are known to have collaborated on any operation.

The Jews of France are a convenient target, where it is estimated that 1,000 Muslims have left to join the jihad abroad. Those fighters are expected at some point to return – as trained terrorists.

Not so far away, in Belgium, a French terrorist with links to ISIS left a river of Jewish blood in his wake last May after slaughtering staff and visitors to the Jewish Museum of Brussels. Despite the massacre, it took months for Jewish community leaders to convince the government — the same leadership which hosts the headquarters of the European Union and the European Parliament — to increase protection to the site following the attack.

Even though France has the largest Jewish population in Europe, it is dwarfed by that of the Muslim population, which more than 10 times larger. Muslims comprise 10 percent of the population of France; 6.5 million French citizens are Muslims. Only 500,000 are Jews.

In 2012, an Al Qaeda terrorist of Algerian descent attacked a Jewish elementary school in Toulouse, murdering three children and a rabbi. 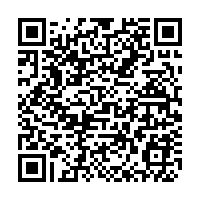