The nephew of Hamas de facto prime minister Ismail Haniyeh was hospitalized over the weekend at Hadassah Medical Center in Jerusalem.

The report, broadcast by Israel’s Channel 2 television news, did not include details of why the nephew was admitted. The report could not be independently confirmed.


Israel has confirmed that Gaza’s ruling Hamas terror group has been “partnering” with the growing local Sinai Province branch of the now-international Da’esh (ISIS) terrorist organization, based primarily in the northern Sinai Peninsula.

Hamas has been providing medical aid, communications and technical support as well as assistance with funding resources to the group via its Gaza tunneling system, some of which snakes its way beneath the Egyptian border — and, at least until recently — under the Israeli border as well.

The Sinai Province group, once known as Ansar Beyt al-Maqdis, is also linked to the Muslim Brotherhood — as is Hamas — and is committed to toppling the Cairo government of Egyptian President Abdel Fattah el-Sisi. 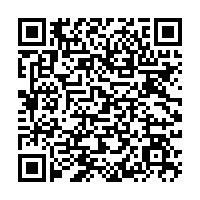