German police were out in force to monitor hundreds of anti-Israel marchers and counter protesters in Berlin on Saturday to mark the Iranian ‘Quds Day.’ Police arrested a pro-Israel demonstrated though it is not clear why.

The Tehran-manufactured event is used to whip up Muslims around the world up into protesting the existence of Israel, just as Iran sponsors outright terrorist activity both in sovereign nations and outlawed terrorist organizations around the world as well.

Three members of the Jewish Neturei Karta extremists also participated in the anti-Israeli protest, marching together with Muslim clerics.

Hundreds of counter protesters were also out to make their views known as well. They waved Israeli flags and chanted pro-Israel slogans.

Protesters from the LGBT movement were also involved in the pro-Israel demonstration. The reason had to do with highlighting the difference between social acceptance of LGBT members in Israel and rejection of them in Iran and the Arab world.

One of the pro-Israeli demonstrators was arrested by German police, although the reason has not been clarified.

The Israeli Embassy is investigating the incident; a spokesperson from the embassy told reporters the counter protest had been calm and quiet. 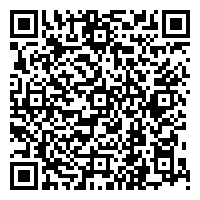