No injuries were reported among the fishermen, Ma’an reported. A spokesperson for the IDF said they were checking the report.


Gaza terrorists often import arms, ammunition and other contraband via maritime deliveries from Iran and elsewhere.

Various terror factions from Gaza use fishing boats to gather their contraband — as well as conduct reconnaissance — for future attacks against Israel.

Such vessels are sometimes detained along with their operators by Israeli Navy commandos when they stray from the Gaza fishing zone. 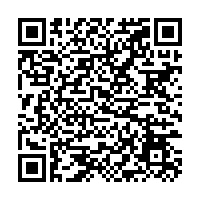