The “status quo” on the Temple Mount gives the right to all non-Muslims to visit – but not pray – on the Temple Mount, but “radical Muslims are trying to change the situation, Prime Minister Binyamin Netanyahu’s spokesman told The Jewish Press Friday.

All parties – the United States, Jordan, the Palestinian Authority and Israel – have been tossing around the term “status quo” but not all of them mean the same thing.


The true status quo, as per the Jordanian-Israel peace pact, allows Jews on Temple Mount. Prayer is not specifically prohibited, but except for very few unauthorized prayer gatherings, the status quo has excluded Jews from praying there on a regular basis since the Six-Day War in 1967 restored the Old City to the country after 2,000 years.

Also noticeably absent was a statement from the Prime Minister.

Kerry and his Jordanian counterpart did all the taking.

“Prime Minister Netanyahu strongly reaffirmed Israel’s commitment to uphold the status quo on the Haram al-Sharif/Temple Mount and to implement these steps. And King Abdullah also agreed to continue to take affirmative steps to restore calm and implement practical measures to prevent further escalation of tensions. And obviously, the proof is not in the words; the proof is in the actions,” said Kerry.

His Majesty, during his meeting with Mr. Kerry this afternoon, explained Jordan’s position and the stance regarding the necessity of maintaining the status quo of the Holy Shrines, and they should not be touched or affected by any means. And this is part of the Hashemite custody of these Christian and Muslim sanctities in Jerusalem.

And here is what Abbas had to say this week:

Keep the settlers and the extremists away from Al-Aqsa and our holy places. We will not allow our holy places to be contaminated. Keep them away from us and we will stay away from them, but if they enter al-Aqsa, [we] will protect al-Aqsa and the church [???] and the entire country.

Netanyahu told the Federations of North American in a video speech this week, “President Abbas himself called on Palestinians to prevent Jews from entering the Temple Mount. He used the words: ‘by any means possible.’

“See, this – the Temple Mount, the holiest place in Judaism, where Jews have visited peacefully for years – President Abbas says we should not set foot there. That’s changing the status quo.”

Presumably, Kerry understood last night in his talk with Netanyahu that “status quo” means Jews can visit the Temple Mount.

Prime Minister Netanyahu said last night that everyone must use “restraint” and act responsibly.

But what about Public Security Minister Aharonovitch’s warning this week that Jewish Knesset Members will not be allowed on the Temple Mount if it might set off Arab blood pressure? Are MKs not part of the “status quo?”

Foreign Minister Avigdor Lieberman, who perhaps is worried Jewish MKs visiting the Temple Mount  might win some votes besides upsetting the Arabs, has flatly stated they should stay away.

Mark Regev, the spokesman for the Prime Minister, did not directly respond to the question. He told The Jewish Press, “The goal is to goal is to make sure the holy site are respected and there is safe and peaceful behavior.”

The status quo of allowing Jews to visit, but not pray, on the Temple Mount was respected until the intifada in the late 1980s.

The Palestinian Authority, through violence is trying to change the definition of the term, and that might be one reason Abbas was not in the official conversations between Netanyahu, Kerry and Jordanian officials. 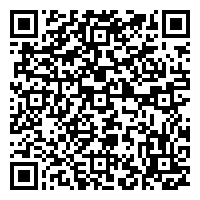