Both Israel and the United States are warning their citizens to leave Turkey immediately in the face of “credible” terror threats.


“Following a situational assessment, we are reiterating and sharpening the high level of threat in Turkey,” read the warning posted by the National Security Council Counter-Terrorism Bureau (NSCCTB).

A Da’esh suicide bomber in Istanbul targeted a group of Israelis and other tourists in an attack on March 19, 2016 that left four people dead, three of them Israeli, and wounded 39 others, including 11 Israelis.

The Counter-Terrorism Bureau issued a travel alert for Turkey towards the end of last month less than two weeks later, warning of another impending attack.

This weekend, the bureau repeated and sharpened its warning, saying that it recommends that Israelis “avoid traveling to the country and those who are there, leave as soon as possible…Israeli tourists currently in Turkey are asked to refrain from going to crowded tourist sites. Follow the instructions of local security officials and the media, and leave the country as soon as possible. To the families of Israeli tourists, please update your relatives about this warning,” the advisory adds.

“There are immediate risks of attacks being carried out in the country, and we stress the threat applies to all tourism sites in Turkey.”

The U.S. warned its citizens in an emergency travel warning published on the website of the embassy in Turkey Saturday night. The warning advised citizens of “credible threats to tourist areas, in particular to public squares and docks in Istanbul and Antalya. Please exercise extreme caution if you are in the vicinity of such areas,” the American travel warning stated.

Antalya is a major tourist attraction on Turkey’s Mediterranean coastline. Millions of people are drawn to the site every year, making it a perfect target for terrorists.

Turkey is part of the U.S.-led coalition fighting against Da’esh (ISIS) terrorists in Syria and Iraq.

Coalition aircraft use an air base located in Turkey, at the southeastern city of Incirlik, to bomb Da’esh targets.

In addition, Turkish citizens have been targeted by the outlawed Kurdistan Workers’ Party (PKK) terrorist organization, based in southeastern Turkey as well. 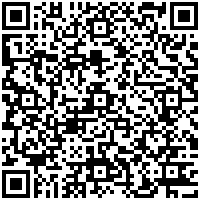