An American woman visiting Israel has died while touring Masada National Park. Her name has not yet been released for publication.

The young woman, in her twenties, fell to her death while hiking around the wind-swept mountain fortress, according to Magen David Adom paramedics.


“She was showing no signs of life and there were injuries across her body,” said paramedic Uri Tzachi, who spoke with The Jerusalem Post. Tzachi said he found the woman lying near the base of a cliff when he arrived on the scene.

Paramedics who pronounced her dead at the scene said the woman also showed signs of heat stroke, Tzachi added. MDA said it appeared the woman had fallen from a height of approximately eight meters (about 26 feet).

A heat wave throughout Israel was especially intense throughout the Dead Sea area. A thermometer in the MDA ambulance showed the temperature in the vehicle reading 118 degrees.

At least 25 teenage female tourists from the United States were also evacuated to hospital from the same area due to dehydration. It’s a common occurrence for those who are unused to dealing with the dry, hot desert conditions in southern Israel. 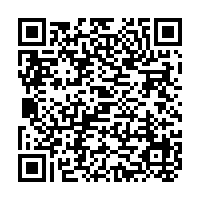