The infrastructure to pipe the gas already exists: Egypt’s East Mediterranean Gas Company supplied Israel with 40 percent of its natural gas through a pipeline for years, starting in 2008.

Constant terrorist attacks that targeted the pipeline finally put an end to the arrangement in April 2012.


One new plan to circumvent that problem now under consideration is to build a sub-sea pipeline from Leviathan to the BG Group offshore pipeline network off the Egyptian coast. Israeli gas would then feed directly into the Egyptian LNG plant at Idku, thus reviving output at Idku and launching Israel’s firsts exports from an Egyptian plant – an industrial and diplomatic coup.

A gas deal between Jerusalem and Cairo would also allow export access to Asian markets in addition to replenishing Egypt’s dwindling supply in its liquified natural gas (LNG) plants.

A Future for Israeli Energy in Turkey? A 25-year gas deal between Turkey and Israel was also reportedly in the works, according to an April 2014 report in the Hurriyet Daily News. If the deal had been signed, Turkish sanctions against Israel would have been lifted and ambassadors returned to their respective embassies.

Construction on the first pipelines between Israel and Turkey was to begin as soon as the second half 2015.

A second pipeline through Turkey linking Israel with western Europe and the Caspian by 2019 could also mean another new market for Israeli gas.

The drive to diversify the market away from Russia would have justified the inclusion of Israeli gas along with Azeri, Iranian and Kurdish product, Mehmet Ögütçü, chairman of London-based Global Resources Corporation consultancy, told Hurriyet.

But none of that is likely to take place – at least on schedule – due to the rage of President Recep Tayyip Erdogan over Israel’s counter terror war last summer against Hamas terrorists in Gaza. Erdogan likened Israel’s actions to those of “Hitler” despite the fact the military action was a clear response to ceaseless rocket and missile attacks launched by Gaza on the civilian population of Israel’s southern region.

Erdogan and his AK Party have since lost the political majority in the country’s recent parliamentary elections. That change in the nation’s political climate may provide new hope for the future of Israeli-Turkish energy. 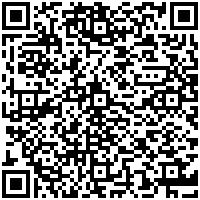