There’s nothing like sharing knowledge. Last month a delegation of New York Red Cross leaders – including American Red Cross CEO Gail McGovern – visited their colleagues at Magen David Adom in Israel to compare notes on how they respond to natural disasters and terrorism.

“One thing that was fascinating to see,” Josh Lockwood, CEO of New York’s Red Cross, told The Jewish Press, “was Magen David Adom’s use of Smartphone technology in responding to emergencies.” With the technology, Magen David Adom is able to locate and notify the five closest trained responders to an emergency site. “In a life-and-death situation when every second counts,” said Lockwood, “being able to activate those closest by can save lives.”

For its part, Magen David Adom picked up strategies from their Red Cross colleagues on responding to earthquakes. Historically, a major earthquake has struck the land of Israel every century or so. It last suffered one in 1927, and some fear the country is soon due for its next one.

Magen David Adom was also interested in how the Red Cross partners with government in responding to crises, Lockwood said.

Overall, Lockwood wrote in a post-visit summary that he and his colleagues “were privileged to make new friendships with a diverse and dynamic workforce.” He told The Jewish Press he is also proud that New York’s Red Cross lobbied the International Red Cross and Red Crescent Movement to recognize Magen David Adom as a member organization in 2006 after having denied it that status for decades due to, what many regarded as, political considerations. 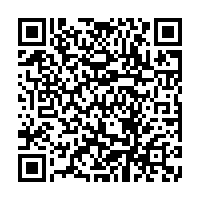