The streets of Jerusalem are quiet right now, and a tense calm has settled on the city.

Israel’s security establishment met this morning (Thursday, Oct. 30) with Prime Minister Binyamin Netanyahu to decide how to meet the challenge that now lies ahead.

“I would like to send my best wishes for a full and quick recovery to Yehuda Glick, who is now fighting for his life,” Netanyahu said at the start of the meeting.

Netanyahu praised the Israel Security Agency (Shin Bet) and the Israel Police for quickly solving “this act of terrorism.”

The prime minister added, “A few days ago, I said that we were facing a wave of incitement by radical Islamic elements and by Palestinian Authority Chairman Abu Mazen who said that Jews must be prevented from going up to the Temple Mount by any means possible.

“I still have not heard from the international community so much as one word of condemnation for these inflammatory remarks.

“The international community needs to stop its hypocrisy and take action against inciters, against those who try to change the status quo.

“I have ordered significant reinforcements so that we can maintain both security in Jerusalem and the status quo in the holy places. This struggle might be long, and here, like in other struggles, we must first of all, lower the flames.

“No side should take the law into its own hands. We must be level-headed and act with determination and responsibility, and so we shall.” 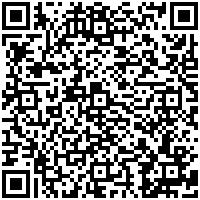