Prime Minister Binyamin Netanyahu warned Vladimir Putin that Israel will attack weapons that Iran or Syria tries to ship to Hezbollah, according to a Defense News report of the conversation between the two leaders last week.

The official statement after their hour-long talk simply said that the Prime Minister criticized Russia’s sale of the S-300 advance anti-missile system to Iran as a “direct result of the dangerous deal on the table” between Iran and the P5+1 countries.


What was not reported was Netanyahu’s warning to the Russian president that Israel’s “red line” is any attempt by Iran or Syria to transfer, to place any advanced weapons in the hands of Hezbollah, Iran’s world-wide proxy terrorist network operating out of Lebanon.   Syria and Hezbollah are heavily armed with Russian weapons, and Hezbollah’s missile arsenal is considered to be larger than almost any army in the world.

It quoted an Israeli official as saying:

We’ve discussed this with our friends in Washington and Europe and made multiple demarches to Moscow over a period of weeks and months.

In plainer English, if Iran tries to move a Russian s-300 antimissile system to Syria or Hezbollah in Lebanon, Israel will make sure it doesn’t get there.

There was no hint of the warning in the official press release of the conversation between Putin and Netanyahu, which stated, “Israel views with utmost gravity the supply of S-300 missiles from Russia to Iran, especially at a time when Iran is stepping up its aggression in the region and around the borders of the State of Israel.”

Israel has attacked Hezbollah-bound weapons in Syria at least five times in the past two years, including a strike in January on weapons and a military unit planning to attack Israel from the Syrian side of the Golan Heights.

Israel previously has made it clear that it will strike to stop the transfer of “game-changing” sophisticated weapons and chemical weapons to Hezbollah.

However, Israel does not appear prepared to attack Russian weapons, including the S-300 systems, to Iran.

Netanyahu has done his best to express anger at the Russian sale of the S-300 to Iran.

Israel will take the unusual step of not sending its ambassador to Russia for Saturday’s annual victory parade, which this year marks the 70th anniversary of the end of World War II.

The United States, France and Germany have snubbed the parade because of Russian’s belligerency in Ukraine, which Israel has no trouble overlooking.

The Foreign Ministry did not cite the sale of the Russian-made S-300 anti-missile systems to Iran as the reason for boycotting the parade.

Some people have tried rationalizing the snub by explaining that attending the parade would require violating the Sabbath.

Benny Briskin, the Director of International Programs of the Russian Jewish Congress, was quoted by Metro website as saying, “Jews in Israel, especially at a state level, do not have the right to participate in ceremonies which are somehow connected with travelling [on the Sabbath]. If the Israeli president – the top public official of the country – publicly violates the Sabbath even for the very best occasion, it might lead to a scandal, up to the dissolution of the government.”

That would be a nifty explanation if it weren’t for the fact the Israel is sending low-level officials to the parade. 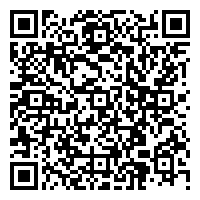