President Barack Obama’s address to the United Nations General Assembly Monday was extraordinary in its total exclusion of Israel and the Palestinian Authority and its hard-hitting attack on the Assad regime in Syria and its ally Russia.

A strong indication that President Obama has finally realized what he and numerous predecessors did not understand was this statement:

There are no simple answers to the changes that are taking place in much of the Middle East and North Africa.


It is not the first time he has said that, but unlike previous speeches, it was not followed up by the usual pie-in-the-sky statements that “Peace is made with enemies.” or “Solving the Israel-Palestinian Authority struggle is the key to bringing peace to the Middle East.

Saeb Erekat, who chief negotiator for the Palestinian Authority and is secretary-general of the parent PLO, was extremely disappointed with Obama’s speech. He said:

Does President Obama believe that he is able to defeat the Islamic State (ISIS) and terror or bring stability and security to the Middle East by ignoring the continuing Israeli occupation, settlements and the ongoing Israeli attacks on Al Aqsa [the mosque on the Temple Mount]?

Obama’s speech was a resounding “yes” to Erekat.

The “occupation” never was a threat to the Middle East, but the United States foreign policy gurus couldn’t figure that out, even when the Arab Spring rebellions upended stability and brought anarchy, termed by the United States as democracy, to Egypt, Libya, Iraq and other boiling pots in Arab Muslim countries.

Years after the United States ignored ISIS, it has become Public Enemy No. 1 and is being used brilliantly by Russian President Vladimir Putin to justify direct Russian military force in Syria.

When Putin told the United Nations he is fighting the Islamic State, he could have been more accurate, Russia may be the only country fighting ISIS.

The American-led strike force has proven to be pitiful, as the JewishPress.com reported here last week on the American-trained Syrian rebels who betrayed the United States and delivered American weapons to Al Qaeda.

The President verbally attacked ISIS but he was extremely careful to be polite to Islam, stating:

Part of that effort [against ISIS] must be a continued rejection by Muslims of those who distort Islam to preach intolerance and promote violence, and it must also a rejection by non-Muslims of the ignorance that equates Islam with terror.

The only time he mentioned “Middle East” was in the context quoted above, that there are no simple solutions.

But he mentioned Syria eight times and Russia 15 times with harsh comments that were nothing short of cold war speech.

The history of the last two decades proves that in today’s world, dictatorships are unstable.

Consider Russia’s annexation of Crimea and further aggression in eastern Ukraine. America has few economic interests in Ukraine. We recognize the deep and complex history between Russia and Ukraine. But we cannot stand by when the sovereignty and territorial integrity of a nation is flagrantly violated. If that happens without consequence in Ukraine, it could happen to any nation gathered here today. That’s the basis of the sanctions that the United States and our partners impose on Russia. It’s not a desire to return to a Cold War.

But his speech was remarkably chilly towards Moscow. He flatly stated:

Russia’s state-controlled media may describe these events as an example of a resurgent Russia… And yet, look at the results. The Ukrainian people are more interested than ever in aligning with Europe instead of Russia. Sanctions have led to capital flight, a contracting economy, a fallen ruble, and the emigration of more educated Russians

Imagine if, instead, Russia had engaged in true diplomacy, and worked with Ukraine and the international community to ensure its interests were protected. That would be better for Ukraine, but also better for Russia, and better for the world.

President Obama claimed he does not mind a strong Russia so long as it works with the United States “to strengthen the international system as a whole.”.

That gave him a platform to plow into the Assad regime Putin and Russia’s presence in Syria and ISIS, which he still refers to as ISIL and which he called ” an apocalyptic cult.

When a dictator slaughters tens of thousands of his own people, that is not just a matter of one nation’s internal affairs… Likewise, when a terrorist group beheads captives, slaughters the innocent and enslaves women, that’s not a single nation’s national security problem — that is an assault on all humanity.

Putin has taken the military offensive in Syria, giving him a military and political base across from Israel’s northern border. Putin knows that the Muslim Middle East understands only one word – “force” – but Obama dealt with the issue from weakness because without a military presence, the United States has little ammunition except Obama’s oratory.

He told the United Nations:

But while military power is necessary, it is not sufficient to resolve the situation in Syria. Lasting stability can only take hold when the people of Syria forge an agreement to live together peacefully. The United States is prepared to work with any nation, including Russia and Iran, to resolve the conflict. But we must recognize that there cannot be, after so much bloodshed, so much carnage, a return to the pre-war status quo.

He could have used that as an excuse to throw in something about the “Israel-occupied Golan Heights,” but he did not.

His speech was remarkable in that it exposed how weak his administration has become in international affairs following the debacles in Iraq, Libya and Afghanistan, which now is under growing ISIS influence.

American influence had been on the decline for years but accelerated with the inevitable failure of the “peace process.” which was focused on the wrong country and the wrong issue at the wrong time. 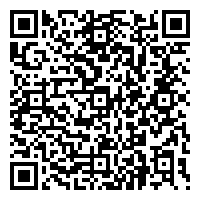