A PA Arab prisoners’ committee on Monday announced that Israel had agreed to hand over for burial the bodies of Arab terrorists still in its possession. The announcement did not mention a specific timeframe for returning the bodies, save for that of Muhammad Jamal al-Kalouti, 21, who was shot dead by police in March together with Abd al-Malak Saleh Abu Kharoub, 19, outside the Old City of Jerusalem.

Attorney Muhammad Mahmoud of the prisoners’ committee Addameer said that Israeli authorities would release al-Kalouti’s body to his family on Wednesday.


On March 9, 2016, these two terrorists shot at a bus from a car at the Ramot Junction north of Jerusalem. The bus was not hit but shell casings were found at the scene. They then drove their vehicle to the Shechem Gate of the Old City of Jerusalem, and shot at police and civilians. Police returned fire and killed them. A passerby was seriously injured by police gunfire. Two rifles were found in the car. Both terrorists carried blue Israeli identity cards (Source: The Meir Amit Intelligence and Terrorism Information Center).

According to Mahmoud, Israel agreed to release the body on the condition that the funeral be carried out at midnight Wednesday, with a maximum of 25 people attending, and that the body be buried in the al-Mujahidin cemetery near Herod’s Gate. According to the announcement, the family was charged $5,200 in fees for the processing of the body.

Defense Minister Avigdor Liberman has reversed the Israeli policy regarding the return of terrorists’ bodies to their families for burial, disregarding the recommendations from the security apparatus, including his predecessor Moshe Ya’alon (Likud). Liberman (Yisrael Beiteinu) preferred instead to embrace the contrary position of Internal Security Minister Gilad Erdan (Likud).

It should be noted that the Jack Khoury story in Ha’aretz on the Muhammad Mahmoud announcement, which was published at 1:17 AM Tuesday, was titled, “Israel agrees to hand over bodies of seven Palestinians killed in confrontations,” with the sub-headline, “Police agree to transfer the remains held for months after negotiations with families under pressure from Israel’s High Court, according to the Palestinian prisoner administration.” Even the first paragraph continued the obvious lie that the release of the bodies was an official Israeli decision. It read: “The Israel Police has agreed to hand over the bodies of seven Palestinians from East Jerusalem who were killed in confrontations with Israeli forces and which were held for a number of months, the Palestinian prisoner administration said on Monday.”

The headline has since been modified to read: “Israel Reportedly Agrees to Hand Over Bodies of Seven Palestinians Killed in Confrontations.” Now we have to wait and see what Israel has to say about it. 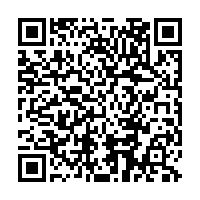