The UN secretary general’s special advisor on sport Wilfried Lemke has been lobbying on behalf of the PA soccer association ban Israeli teams from Judea and Samaria, and sent FIFA a letter advising that all Jewish life in Judea and Samaria is illegal, which includes Jewish soccer teams.

Jibril Rajoub, President of the PA soccer association, has warned the Fédération Internationale de Football Association (FIFA) that if it would not suspend six Israeli teams from the liberated territories, he’d take the association to court. That’s the Court of Arbitration for Sports conflicts, not the Criminal Court in the Hague, in case you were wondering.


Jibril Rajoub, whose history of terrorism goes back to 1968, and who spent a good chunk of his life in Israeli security prisons, was renowned as one of Chairman Arafat’s cruelest enforcers, when the PLO was invited by a Labor government supported by the Arab parties in Knesset to take over Judea, Samaria and Gaza. Starting in 1994, Rajoub served as head of Arafat’s Preventive Security Force until 2003, when Arafat appointed him his national security advisor. During his tenure, Rajoub was accused of using brutal force and harrassment to quash political dissent, including the frequent use of torture. Witnesses described him as shooting adversaries in their kneecaps in broad daylight.

The same Rajoub, who has moved down from murder to sports, told a press conference that “Israel receives quite a few benefits from FIFA, and some of those benefits also reach the settlements teams, which is unacceptable. Our message to FIFA is clear. The time has come to decide this issue and bring an end to Palestinian suffering, and thereby grant freedom of action to Palestinian sport and football, on one hand, and stop giving legitimacy to clubs active in the settlements, on the other.”

According to FIFA’s bylaws, one country may not allow a team located in the territory of another country play in its league without the other country’s consent, and Rajoub argues that six teams from Jewish communities in Judea and Samaria violate this law: Ma’aleh Adumim, Ariel, Kiryat Arba, Givat Ze’ev, the Jordan Valley and Oranit.

“Until a week and a half ago, we were very worried about what was likely to happen at the FIFA Council meeting,” an Israeli official told Reuters. “Now, we’re more relaxed, and believe that nothing dramatic will happen [during FIFA’s Thursday meeting] aside from a discussion of the issue. The big battle over the issue of the settlement teams will effectively be postponed until the FIFA Congress, which will take place in Bahrain in May 2017.”

According to the same Israeli official, the new FIFA president, Gianni Infantino, reassured the Israelis  that he would not permit a unilateral decision on the issue. Infantino wants to try to get a compromise that satisfies both sides, when he visits Israel and the PA come November.

According to Reuters, the UN secretary general’s special advisor on sport Wilfried Lemke stressed in his letter to Infantino that the UN Security Council has deemed the settlements a violation of international law, and so they have no legal status, and, therefore, “their soccer teams also have no legal status” and don’t meet the requirement of the FIFA bylaw.

In an interview he gave International Catalan Institute for Peace, Lemke counted among his chief achievements during his tenure as head of UNOSDP the active role he played in building “Extension Building for the Indoor Sports Hall” in the PA, to “empower refugee children and provide safe sporting environments for youth.” He has also supported “Sport for Resilience,” a project implemented by UNRWA. In 2014, UNOSDP also supported the Diyar Women Sports Center, a facility that provides PA women with the necessary skills and education required for them to enter the employment market. “The construction of this center contributes significantly to the enhancement of sporting infrastructure, human resources and social programs in Palestine now,” Lemke boasted.

Will the team of PA and UN officials be able to damage six Israeli soccer teams? We’ll find out in May, in Bahrain. 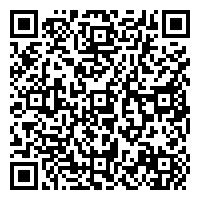