Rivlin made the statement in his address at the opening of the 14th Jerusalem Conference.


He said that Arabs who are currently part of the Palestinian Authority should be granted full Israeli citizenship and equal rights in the event that Israel annexes Judea and Samaria.

Rivlin, who has been a supporter of the “one-state solution” for many years, said the sovereignty of the State of Israel must be in ALL of the blocs.

However, the president underlined the point that “There are no separate laws for Israelis and for non-Israelis.” 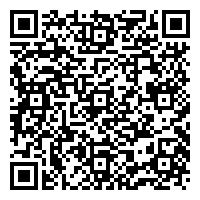