Two-thirds of the Arabs living in the PA and Gaza expect Israel to annex the Jordan Valley and the settlement areas in Judea and Samaria, according to a survey conducted the Palestinian Center for Policy and Survey Research (PSR) between 17-20 June 2020. The total size of the sample is 1,200 adults interviewed face to face in 120 randomly selected locations. The margin of error is +-3%.

The survey’s findings show that two-thirds of the Arab public in the territories believe that the new Israeli government led by prime minister Netanyahu will indeed annex some territories, followed by an all-out severing of relations by the PA. This realization created a great deal of public concern about the future, mostly regarding salary payments to the public sector, access to medical treatment, shortages in water and electricity supplies, eruption of armed clashes, return of security chaos and anarchy, collapse of the PA, and blocked travel to Jordan.


Here are the survey’s findings:

Two-thirds (66%) believe that the new Israeli government will indeed annex the Jordan Valley and the settlement areas in the occupied West Bank while 28% think it will not do so.

However, the majority (59%) does not expect the new Israeli government to reach a prisoners’ exchange deal with Hamas; in fact, 56% expect Israel to wage war against the Gaza Strip while 36% do not expect it to do so.

Similarly, the majority (57%) does not expect the new Israeli government to reach peace arrangements with the PA in the West Bank while the largest percentage (48%) expects, and 43% do not expect, Israel to wage war against the PA to force it to collapse.

However, a large majority of 73% expects the new Israeli government to deepen the normalization steps with some of the Arab Gulf countries but 53% do not expect, and only 30% expect, Israel to wage war against Iran.

When asked what the PA should do in response to an Israeli annexation of Palestinian territories: (1) the largest majority (71%) said it should, and 21% said it should not, stop implementing the Oslo agreement and should sever all relations with Israel; (2) 61% said Palestinians should resort to peaceful resistance and 35% disagreed with that; (3) 52% said they support and 42% oppose a return to armed struggle; (4) 37% said they support the abandonment of the two-state solution in favor of a one-state solution; and (5) 36% said they support, and 53% said they oppose, a return to the negotiation with Israel and the US based on a detailed Palestinian peace plan that can serve as a counter proposal to the Trump plan.

When forced to choose only one of these five possible responses, the largest percentage (31%) says that it prefers a return to armed struggle, 23% prefer resumption of negotiations based on a detailed Palestinian counter proposal, 18% prefer non-violent resistance, 15% prefer abandoning the Oslo agreement and the severing of relations with Israel, and 6% prefer to abandon the two-state solution in favor of a one-state solution.

Twice we asked the public about its support for the PA leadership’s declared policy of stopping the implementation of the Oslo agreement, stopping security coordination, and severing relations with Israel, once before detailing possible consequences of such a policy and once again after going over these details. The initial response showed that a majority of 59% support and 31% oppose the leadership’s decision.

Despite all these concerns, in answer to the second question about support/opposition to the PA leadership decision to sever relations with Israel, a larger majority of 63% says it supports the decision and only 29% say they oppose it. Yet, the level of support for the PA decision in response to both questions is lower than the support the public is willing to grant to the policy itself, which, as we indicated above, stood at 71%.

It is interesting to note that despite the great worry, a majority of the public (57%) does not believe that the PA has in fact ended security coordination with Israel and only 32% believe it indeed did.

A majority of 55% does not expect Israel to resume its military rule and that of its civil administration now after Abbas’ decision to sever relations with Israel and his invitation to Israel to assume full responsibility for the occupied territories. One third (33%) expects Israel to do so.

A large majority of 74% says it does not prefer the return of Israeli military rule or civil administration while only 18% say they do prefer that.

50% of the public believe that the PA will back down and resume relations with Israel if the latter declares its intention to resume its direct military rule over the Palestinian territories while 37% believe the PA will not back down. 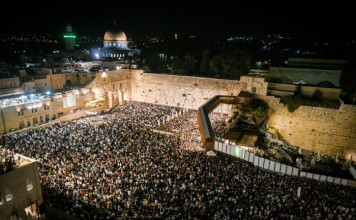 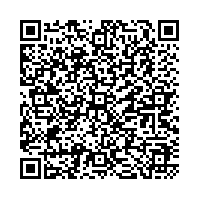