Mass transit in the subway system will remain shut down in the Belgian capital on Monday, as the city of Brussels remains at its highest alert.

Schools are also closed in the city due to the “serious and imminent” threat of a coordinated terrorist threat similar to that which took place in Paris just over a week ago.


Security officials have also recommended that sports events be canceled and shopping malls and commercial centers be closed as well.

Prime Minister Charles Michel, who chaired a national security council meeting on Sunday, told reporters at a news conference, “We fear an attack like that in Paris, with several individuals, with arms and explosives could launch an attack … perhaps even in several places.”

The city is home to more than one million residents, who have all been urged to avoid venues where crowds may gather – in short, most places in the European capital.

Nevertheless, the prime minister also asked Belgians to remain calm. “We urge the public not to give in to panic, to stay calm. We have taken the measures that are necessary,” he said.

Brussels is home to the headquarters for the European Union, for NATO and for a host of smaller international organizations as well.

Security has been ramped up for all of these offices. It is not clear, however, whether extra protection has also been assigned to the Belgium national Jewish museum in Brussels, the first site to be attacked by Da’esh (ISIS) terrorists in the city last year.

Museum officials had to beg the government for upgraded security protection prior to the re-opening of the facility; even then, it was never entirely clear whether the museum actually received the assistance it requested.

Numerous other sites around the city are reportedly receiving protection, however. Nevertheless, officials are edgy since finding out Brussels is at the center of a terror plot to strike numerous targets.

Several suspects were arrested in raids across the country following the Paris attacks on November 13, but more are free, highlighting the urgency of tracking the terrorists down.

Salah Abdeslam, 26, is one of the fugitives from the Paris attacks who is the subject of an intense manhunt in Belgium. A citizen of France, Abdeslam arrived in Belgium, where he once lived, in a car from France the morning after the attacks. Although he was questioned three times by authorities, he was apparently allowed to pass, and simply disappeared.

His brother Ibrahim Abdeslam, also a former resident of Belgium, committed suicide during the Paris attacks; he was one of the seven terrorists killed in the massacre either through suicide or shot by police. Another terrorist who was a former Belgian resident, Bilal Hadfi, was also among those killed.

Belgian citizen Abdelhamid Aba’aoud, 28, was suspected to have been the ringleader of the Paris attacks. He was killed in a police raid last Wednesday along with two accomplices in a northern Paris suburb, French officials said.

At least 130 people died and more than 350 were wounded in the Paris massacre. 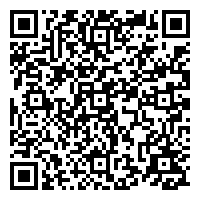