Is it possible any more for senior members of Sweden’s Green Party to speak to the press without putting their foot in their mouth? A case in point: Deputy Prime Minister and Green Party co-leader Åsa Romson on Tuesday told a local website called, simply, The Local, that she refuses to let terror set the agenda, and then she referred to the September 11, 2001 attacks as “accidents.”

The interview with The Local followed Romson’s appearance on public television SVT’s breakfast show “Gomorron Sverige” (Good morning Sweden — but you knew that) on Tuesday morning, where she defended her party comrade, former housing minister Mehmet Kaplan, who had been forced to resign this week for comparing Israel’s treatment of the Arabs to the Nazis’ treatment of Jews. Don’t ask.


Romson praised Kaplan’s efforts working with Muslim youth associations in Sweden, including his former role as leader of the group Sweden’s Young Muslims.

“He has been chairman of Young Muslims in tough situations like the September 11th accidents,” she said.

It should be noted that Romson’s behavior has been kind of Aspergerish in the past, too. A short while after the terror attacks in Paris last November, where ISIS terrorists killed 130 and injured 352, Romson tweeted: “The very serious events in Paris right now can obstruct the climate change summit in December when more than 100 heads of state have planned on taking part.”

Considering the fact that more than a million people, most of them Jews, were murdered in Auschwitz, the comparison, as unfortunate as the refugee crisis may be, was a bit disproportionate.

Now, there’s a term a Swede can understand. 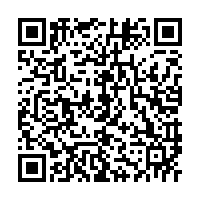