Syrian residents in the once-beautiful commercial hub of Aleppo are gathering their strength — what little remains — to seek whatever safe spaces they can find in the next 24 hours.

The splintered fragments of opposition forces are about to launch their final stand against the forces of President Bashar al-Assad.


Thus far, opposition forces appear to have the upper hand in this vicious, years-long civil war that has ripped the soul from a lovely land that for decades was the Republic of Syria, but no longer. Today Syria has been torn apart and divvied up among hungry competing warlords like a bleeding carcass about to be butchered for lion cubs.

The water pumps in the city are without power. That means two million people are without running water and facing a full siege.

But those opposition forces cut off the key access route into the western part of the city Sunday to block the entry of regime soldiers.

According to media sources in Tehran quoted by A-Sharq al-Awsat, “around 2,000 fighters came from Iran, Iraq and Lebanon to assist regime forces,” but the infusion of foreign aid didn’t faze the opposition.

Jaish al-Fatah, the Islamist opposition group, released a voice recording on Monday of a phone-tapped conversation by a Hezbollah guerrilla fighter describing the situation on the southern Aleppo front. The fighter said in a Lebanese accent that Hezbollah and regime fighters were collapsing and were left to fight alone. Other militias had already abandoned the front, fleeing the debacle to save their own lives.

According to a Ahrar al-Sham leader who spoke with A-Sharq al-Awsat, “The collapse in the ranks of regime forces is clear and it continues as long as Jaish al-Fatah fighters advance in the city.”

Both sides are now preparing for “the great battle of Aleppo,” said Rami Abdulrahman, director of the Syrian Observatory for Human Rights.

The United Nations is urging both sides to cease their fire — or at least to pause it — long enough to allow repairs to the water and electricity grids.

According to UN sources, some two million people are without basic supplies — such as sugar, wheat, food cans and water — and children in the city are at “grave risk” of disease.

Opposition forces, meanwhile, say they are poised to take control of the entire city. The fragmented forces are united in this goal, at least, and it is this unity that allows the exchange of Western-supplied weapons between so-called “moderate” Syrian opposition forces and those who are dubbed “radical Islamist groups” linked to Al Qaeda and Da’esh (ISIS).

That unity when it comes to fighting the Assad regime is not well understood by the United States and other Western nations, and it is this Western lack of familiarity with the regional culture codes that has repeatedly led to disaster when trying to fight worldwide terror.

For all of these reasons, and because of the utter chaos taking place north of Israel’s border, the IDF is being especially watchful now. 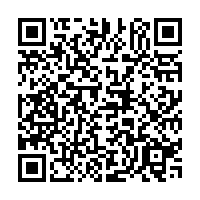