Newly-declassified documents released Tuesday from the home and headquarters of Osama Bin Laden have revealed the innermost thoughts of the Al Qaeda mastermind in the final years of his life prior to his assassination in May 2011.

A total of thousands of pages in 113 documents were seized in the raid that killed Bin Laden at his compound in Pakistan.


The latest release came at the behest of Congress, which in May 2014 directed the Office of the Director of National Intelligence to review the material seized by the Navy SEALs and to release as much to the public as possible.

The first release, in May 2015, included nearly 80 documents, books, news media clippings and other materials.

In the most recent batch, Bin Laden left what appears to be a hand-written will that left most of his $29 million to be used “on jihad.” In the document he wrote, “I hope for my brothers, sisters and maternal aunts to obey my will and to spend all the money that I have left in Sudan on jihad, for the sake of Allah.” There was no explanation of where the money came from. He also said he had received $12 million from one of his brothers. The newest documents include one outlining the structure of a “chief of staff committee,” which it explains is “the group of officers and personnel qualified to work with a military commander.”

Another is apparently a “Course of Islamic Study for Soldiers and Members,” that includes a list of subjects and skills to be taught (No. 1: reading and writing), a lengthy reading list that is to be taught in three sections (mostly books about Islam), and a list of lectures to be given throughout the course (subjects range from history of jihad in the Horn of Africa to “a brief word on raising children”).

He was afraid of being tracked via the teeth of one of his wives. Bin Laden wrote a letter to her expressing concern that a small chip might have been implanted in a tooth or under her skin during a visit to the dentist.

“The size of the chip is about the length of a grain of wheat and the width of a fine piece of vermicelli,” he wrote, signing the letter with his nom de guerre Abu Abdallah. He wrote the Iranian dentist could have used an enlarged syringe to implant the tracking device.

In another letter apparently not written by Bin Laden, the author relates the story of a visit by a Qatari diplomat who came to speak with Al Qaeda members in Jalalabad, Afghanistan. He brought with him some gifts, including GPS devices and a “huge” watch. Three days later he left, saying he was a diabetic and needed to return for medication. An Al Qaeda member identified as Abu Umamah immediately took the watch and “smashed it with a hammer” because they were afraid it might contain a tracking device, or something worse.

One document describes a major media campaign Bin Laden was planning with his aides to mark the 10th anniversary of the 9/11 attack on America at the World Trade Center and in Washington DC.

He also reflected on the problems of the U.S. military in Afghanistan. He wrote in a letter, “Here we are in the tenth year of the war and America and its allies are still chasing a mirage, lost at sea without a beach.”

Bin Laden observed that the U.S. had believed the war would be easily won, with the army accomplishing its objectives “in a few days or a few weeks.” But the U.S. was unprepared financially and the war lacked popular support, he wrote. “America appears to be hanging on by a thin thread.. We need to be patient a bit longer. With patience, there is victory!” 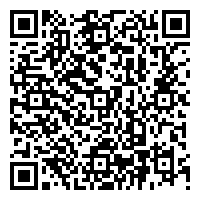