Turkish Hoteliers Federation head Osman Ayık told the Hürriyet Daily News that Turkey must improve its reputation abroad in order for its troubled tourism sector to prosper again. “The confidence factor that Turkey projected abroad has eroded,” Ayık said. “There is a certain perception in Europe about Turkey and arrivals from the continent have seen a sharp decrease. We need to take steps to reverse that trend.”

Tourism is an essential part of the Turkish economy, employing 8% of the country’s workforce, and it has taken a severe blow from the failed military coup this past weekend, and earlier in this year of relentless terrorist attacks, with a 10% decline in arriving tourists in the first quarter of 2016. According to Euromonitor International, the number of international visitors to Turkey is expected to decline by 5.2% overall in 2016.


Since the coup attempt, the Federal Aviation Administration has not allowed US airlines to fly to or from Istanbul and Ankara, and has blocked all carriers, foreign and domestic, from flying into the US from Turkey even indirectly. The State Department warned US citizens to avoid travel to the tourism sites in southeastern Turkey, and the UK Foreign Office issued an advisory to its citizens against travel to Turkey because terrorism threats are still high there.

Roenen Karaso, a VP in Israel’s tourism company ISSTA, told The Marker that Turkey is “a dead destination. Today we’re talking about bottom prices for mini-vacations to Turkey for 40% less compared with last year. For instance, three nights in motels, all included, in Topkapi or Kremlin in Antalya (Turkey’s resort destination on its southern Mediterranean region, known as the Turquoise Coast for its blue waters) will cost a family (two parents with two children) $400, compared with $600 a year ago — and there are still no takers.”

Karaso said that even connecting flights, the bread and butter of Istanbul’s international airports which until the coup continued to thrive despite the threat of terrorism, “are starting to show a decline of about 10% in orders compared with the previous Sunday.”

For Russian, European and Israeli vacationers, Turkey is not in the cards this summer, which will go down as Turkey’s lost summer. Efraim Kramer, CEO of tourism website Eshet Tours, told The Marker that tourism rates in Turkey “have come down because the Russians have stopped traveling to Turkey, and the Germans and English travel there less as well. We’re seeing an international phenomenon of tourists from Christian countries avoiding Muslim countries — we’ve seen it in Egypt, Tunisia and Marocco, and now in Turkey, too.”

Ayık told the Hürriyet Daily News that “the most fundamental lesson to be learned is to be in harmony with the world. It is the gist of our job. Our sector is one that goes hand-in-hand with peace. That’s why Prime Minister Binali Yıldırım’s statement that we will increase our friends and decrease our enemies will have a positive reflection on our sector. No matter how beautiful your country might be, if you don’t get along well with your neighborhood that means serious trouble for tourism.” 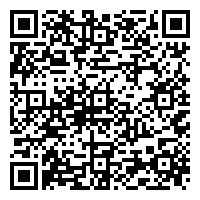