The Orthodox Jewish Chamber of Commerce lauded President Donald Trump’s announcement that the U.S. will formally recognize Jerusalem as the capital of Israel and begin the process of relocating the U.S. embassy, which is currently located in Tel Aviv.


“The move to recognize the eternal truth that Jerusalem is the capital of Israel is long overdue. We recognize that there is strong opposition to the this move both domestically and internationally, and thank President Trump and his administration for standing strong on principle despite all those who worked to dissuade them.

“We are honored to have been actively involved in this effort and to work closely with the leading advocates for this move, particularly our dear friends Ambassador David Friedman and Congressman Ron DeSantis. As Congressman DeSantis stressed, recognizing Jerusalem and moving our embassy there will enhance the safety and work effectiveness of Ambassador Friedman and all US diplomats, and boost our nation’s stature and influence in the region.

“Recognizing Jerusalem as Israel’s capital is not only the right thing to do; it will enhance the prospects of peace in the region. The parties will no longer fruitlessly negotiate over unrealistic fantasies and historical revisionism, but rather over realistic parameters for a lasting peace where Israelis and Palestinians are secure, free and prosperous together.

“Furthermore, this move enhances the future of the Israeli economy as well as US-Israel economic ties. Companies with headquarters or offices in Jerusalem will enjoy more stability, confidence and prestige – thus creating more jobs and contributions to the economies of Israel, the US and the world at large. It is our prayer to the Almighty that He continue blessing and protecting the holiest city in the world and its friends among the Nations.”

“I have been involved in the worlds of business and government for many decades and am delighted to have lived to see this day. It is historic in every sense of the word, and we all owe an immense debt of gratitude to President Trump for making it a reality.” 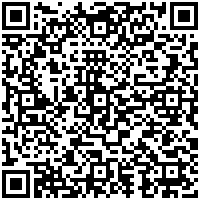