Two tweets cooled down the celebrations in Jerusalem Thursday night. One was from Crown Prince Mohammed bin Zayed of the United Arab Emirates, who declared: “In my phone call today with US President Trump and Israeli Prime Minister Netanyahu, it was agreed to stop Israel’s annexation of the Palestinian territories. The UAE and Israel also agreed to lay down a roadmap towards launching joint cooperation, leading to bilateral relations.”


UAE officials later told Israeli media (Reshet Bet Radio) that it’s too soon to pick the best candidate for ambassador to the Gulf States – no embassies are being planned in the immediate future. In fact, those officials stressed, the upgrading of diplomatic relations depend directly on the success of 2-state-solution talks between Israel and the Palestinians, meaning the diplomats will start moving only after a Palestinian State had been established.

That statement contradicted 100% the promise Netanyahu gave his Israeli TV audience, that the deal “includes the mutual opening of embassies.” Perhaps Bibi meant right now and the crown prince meant some time in the far, far future.

President @realDonaldTrump was able to get Israel to agree to a two-state solution with the Palestinian people—and, for the first time in history, agree to a map that outlined the territory. pic.twitter.com/8r3DWmzzOx

But a more devastating contradiction of Netanyahu’s promises to Israelis came from presidential adviser and son-in-law Jared Kushner, who stated: “President Donald Trump was able to get Israel to agree to a two-state solution with the Palestinian people—and, for the first time in history, agree to a map that outlined the territory.”

This was preceded by Trump’s statement on Thursday that sovereignty was “more than just off the table,” Israel has committed not to bring it up again.

If you’re a supporter of the settlement enterprise in Judea and Samaria and, by extension, terrified of a future Palestinian State on more than 70% of the liberated territories, you probably did not don a party hat and blew a kazoo through your face mask Thursday night, after Prime Minister Benjamin Netanyahu announced his historic peace agreement with the United Arab Emirates.

“I just came from an historic virtual conference between myself, President Donald Trump and Crown Prince Mohammed bin Zayed of the United Arab Emirates,” Netanyahu told a nation huddled in front of its sets Thursday night. “We announced the establishment of a full and formal peace between Israel and the UAE. It includes the mutual opening of embassies, direct flights and many, many other bilateral agreements.”

Alas, most of the PM’s boasting was denied openly by his peace partners, on the sand dunes of Arabia and in the swamps of DC.

On Thursday night, I received an urgent email from Nadia Matar, a prominent leader of the small but stubborn Sovereignty movement, with the subject matter: “The Sovereignty Movement: Netanyahu is no longer the leader of the Rightwing camp.”

The email itself was an ode to the settlers’ delusional love affair with the Prime Minister, who handed Hebron—literally—to Yasser Arafat, and under whose government the courts, the police and the army have carried out some of the most egregious and brutal attacks on the settlement enterprise in the liberated territories. For more than a decade, like a battered wife returning to her husband after a night in the shelter, the settlers continued to vote Bibi in, even at the expense of several parties comprised of their own people who would have served their dire interests so much more effectively.

Well, on Thursday night, after Prime Minister Benjamin Netanyahu pulled yet another rabbit out of his magician’s hat, the dime dropped, and the battered wife from Judea announced: “The Sovereignty Movement expresses its deep concern over the Prime Minister’s policy to turn sovereignty in Judea and Samaria into a political bargaining chip. The Prime Minister has turned to the Left – perhaps due to his legal troubles. Under his leadership the Land of Israel has become a currency for trade.”

Matar concluded: “Netanyahu proves once again that he is not the leader of the Rightwing camp and it seems that there is no choice but to replace him with a nationalist leader with an ideological backbone, who views his historic mission as the application of sovereignty over the Land of Israel and preserving its historic destiny.”

US Ambassador to Israel David Friedman was busy putting lipstick on this piggy, declaring, “We’ve prioritized peace over the sovereignty movement, but it’s not off the table, it’s just something that will be deferred until we give peace every single chance.”

Of course, waiting for that to happen is a lot like waiting for your doggie to come back from the farm upstate.

And now, for a dose of reality (because many grownups prefer to live there). As things stand today, on January 20, a Democratic administration will very likely take over the White House, and possibly flip the Senate. Sooner or later, Secretary of State Susan Rice will seize on all the fantastic ground work laid out by Jared Kushner to amass a triumphant campaign to establish a Palestinian State.

Regardless if Netanyahu is still the prime minister, the US will use so many carrots and sticks on him, he’d be able to juggle them in his sleep: Israel gets to keep the American embassy in Jerusalem, relations with the Emirates and maybe other Gulf states (forget about the Golan Heights – that recognition will be revoked), and in return Bibi will usher in a Palestinian State in Judea, Samaria and, possibly, Gaza. And unlike Sec. John Kerry, who was outmaneuvered by Bibi, Rice will not play games. If Netanyahu does not collaborate, the US will recognize a Palestinian State on its own. So Bibi will collaborate.

In short, Thursday night’s announcement has the potential of making pro-settlements Jews miss the Oslo accords, which at least awarded Israel complete control over Area C.

As Nadia Matar put it in her eloquent and furious email: “Israel’s draft agreement includes Israel’s consent, in principle, to the establishment of an Arab state in the future. This is in accordance with the position that has been presented consistently by the Arab states for years.”

And that, folks, is our new reality. 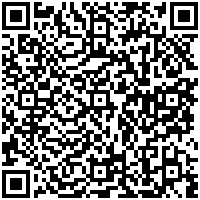