Can you imagine what the headlines around the world would have been, were Prime Minister Netanyahu to declare that, as a measure of squeezing the illegitimate Hamas government out of power, Israel would stop electricity supplies to the Gaza Strip? This was the reason, by the way, that even as Gazan terrorists were shooting hundreds of rockets into Israeli civilian centers during the conflicts of 2012 and 2014, the Zionist electricity continued to flow uninterrupted – to avoid those harsh condemnations worldwide. Indeed, the only time the current was interrupted followed a shooting attack on IEC workmen who had climbed a post at the Gaza border to repair the line.

Nowhere in the dozens of headlines about the chronic deterioration of Gaza into a failed state on the scope of Joseph Conrad’s Heart of Darkness does anyone condemn one 82-year old Arab despot named Mahmoud Abbas for starting this new wave of suffering back in April for purely political reasons – a war crime in anyone’s book. Is the PA Chairman made of Teflon? You bet. Because Mahmoud Abbas represents the dying hope for a two-state solution, so he can kill and maim as many innocent Gazans as he wants.


Compare those easily imagined headlined to the world’s response to open statements by the Palestinian Authority, from Chairman Abbas down, that they have frozen payments for electricity to Gaza and inflicted untold suffering on 1.75 million Arab brethren, including the sick and the dying, as a measure against the rogue Hamas government.

Wednesday night, Al-Jazeera reported that “the Gaza Strip’s only operating power plant was turned off late on Wednesday due to a severe shortage of fuel, leaving the coastal enclave in a complete blackout.” But rather than point an outraged finger at the culprit – Abbas’ Palestinian Authority, the report offers a benign explanation: “The besieged Palestinian territory, with more than two million people (CIA says it’s only 1.75 million – DI), has been suffering from an energy crisis since mid-April due to a dispute over taxes between Hamas, which rules the enclave, and West Bank-based Palestinian Authority President Mahmoud Abbas.”

And this blame-no one paragraph was followed by the obligatory, “Gaza has been under a tight Israeli blockade for a decade and residents have been subjected to persistent blackouts.” As if Israel, the only consistent source of power to the Strip, is somehow responsible for the blackouts.

To be fair, the Washington Post on Wednesday evening did open its story on the total blackout with an honest assignment of responsibility for the crisis: “Palestinian President Mahmoud Abbas is pursuing a high-risk campaign in the Gaza Strip to squeeze his own people so hard that they might force the Islamist militant movement Hamas to surrender control of the isolated coastal enclave.” But the headline did not point a finger at any culprit, merely pointed out the perpetual Hamas-PA squabbling and Israel’s concern that this not erupt into a new war.

Because even when Abbas is recognized for his evil attack on a civilian population, no one will call him on it – he is an SOB, but he’s the two-state solution’s SOB, to paraphrase JFK.

Israel’s media went exceptionally gaga on Wednesday, after Mahmoud Abbas had called Wednesday the new head of Israel’s Labor Party, Avi Gabbay, and congratulated him on winning the party chairmanship. A supporter of handing eastern Jerusalem to a future Palestinian State, Gabbay told Abbas that “peace is not reached through international meetings or regional summits, it starts by building trust and personal ties between the sides.”

Nothing about the dying patients in Gaza’s hospitals, who pass away with Mahmoud Abbas’ name on their lips. And his close relatives. 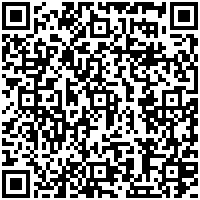