The head of the Police Operations Division, Deputy Superintendent Elad Klein, told Reshet Bet radio Sunday morning that it is likely that a lockdown on Judea and Samaria would have made police work easier in stopping terrorist attacks, but the decision must be made by the political echelon.

“Our job as police is to prepare for a situation with no lockdowns and to provide a response,” DS Klein said, adding that the police have deployed thousands of officers in the field, many of them in Jerusalem, and police cooperation with the Shin Bet and the IDF is very tight. “We are facing a very challenging period ahead and all the options are open,” he added.


Prime Minister Naftali Bennett held a discussion Saturday night at Shin Bet headquarters and commented: “We are in the midst of a joint effort, by all the security forces, to stop the series of recent attacks and restore security to the citizens of Israel. During Shabbat, the Shin Bet, the police, the Yamam (Israel’s National Counter Terror Unit), and the IDF thwarted a ticking time bomb on the way, but we definitely expect many more attempts and we are working at these hours to prevent them as well.”

It could have been a bloody Shabbat, with another murderous attack carried out by terrorists carrying standard automatic weapons and spray grenades (Major Terror Attack Foiled, 4 Soldiers Wounded, 3 Terrorists Dead). On Friday night, around 2:00 AM, the Shin Bet received a “golden intelligence” about the terrorist cell and a special force of Yamam and Duvdevan was sent to thwart it. The force encountered the terrorists who opened fire and wounded a Yamam lieutenant colonel. He was evacuated to Rambam Hospital in critical condition. Three other fighters were wounded, one moderately and two lightly. The three terrorists were eliminated and a Duvdevan force arrested a fourth terrorist who was part of the cell.

Since the beginning of 2022, some 20 shooting attacks that were planned by armed squads in Judea and Samaria and in Israel proper have been thwarted. This may suggest that the three consecutive murderous attacks constituted a glitch in an otherwise vigilant Israeli defense apparatus. Security officials have expressed concern over the sensitive Ramadan period and the availability of weapons that “move around freely,” as they put it. Their main concern is copycats who would be inspired by the display of terrorist attacks on social media, to get a gun and go kill Jews.

One major failure of the security apparatus over at least a decade has been the Seam Zone – the land area located east of the Green Line and west of Israel’s separation barrier, populated largely by Jewish settlements such as Alfei Menashe, Ariel, Beit Arye, Modi’in Illit, Giv’at Ze’ev, Ma’ale Adumim, Beitar Illit, and Efrat. State Comptroller Matanyahu Engelman toured the Southern Sharon Regional Council on Thursday and examined the holes in the separation fence. The comptroller said that this was a “serious and substantial failure, the separation fence is not relevant.”

On Wednesday, PA Arab infiltrators were documented as they entered Israel uninterrupted through a breach in the fence not far from the village of Ya’abad, home of the terrorist who carried out the Bnei Brak massacre.

“This is a significant failure,” Comptroller Engelman said. “This is a project in which more than eight billion shekels have been invested ($2.5 billion), and yet we see holes here through which thousands of Palestinians pass, with and without permission, without any control, with the possibility of entering with vehicles, too.”

IDF Chief of Staff, Major General Aviv Kochavi, on Friday toured the Seam Zone, which is under the control of the Judea and Samaria Division. He, too, was shown the hole in the fence where the Bnei Brak terrorist had crossed over.

The chief of staff interrogated the battalion commanders who carry out the operational deployments of the Judea and Samaria Division. He then issued his conclusion: the chief of staff concluded that the gate through which the terrorist had crossed over should be closed.

Honest, that’s what he said. 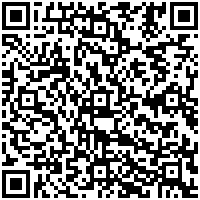