Religious Zionism Chairman Bezalel Smotrich may have found the way to bring New Hope’s Gideon Saar and Yamina’s Naftali Bennett back into the right-wing fold, offering both leaders the perfect excuse: save the liberated territories from illegal Arab expansion.

Smotrich cited a disturbing Ad Kan exposé that was broadcast on Channel 13 Wednesday night, titled, “The plan of the EU and the Palestinian Authority to take over Judea, Samaria, and Jerusalem.”

“This is the time of an emergency and the public will not forgive those who do not understand it,” Smotrich declared, “This process is one of the most dramatic and dangerous that is currently taking place under our noses in the State of Israel. Very shortly, its results will be irreversible. Rapid and determined action is required here, integrating a political, enforcement, and settlement response to seize the territory, but the continued political chaos in Israel and the lack of a functioning right-wing government will prevent it.”

And so, Smotrich calls on Naftali Bennett and Gideon Saar to “put personal issues aside, join hands and set conditions for Netanyahu to form a right-wing government headed by him.” These conditions, according to Smotrich, would be: “Eradication of the PA’s Plan of the Century and bolstering Israeli hold of all of Judea and Samaria – alongside a series of reforms in the areas of law, settlement and the economy, of course.”

Smotrich is absolutely right, both in assessing the Arab threat on Area C, which was legally allotted to Israeli control in the Oslo Agreement; and in suggesting that only a right-wing government with Saar and Bennett could block this illegal expansion.

He is also correct in implying that over the past 12 years, the Israeli government has ignored the EU-sponsored takeover of substantial portions of Area C, harassed Jewish settlers in Judea and Samaria, and torpedoed the attempts on the part of right-wing politicians such as Ayelet Shaked to reform the judicial system.

Now he is suggesting that the only way to correct this borderline criminal neglect of crucial national issues, is to support the man who is most emphatically responsible for them, Prime Minister Benjamin Netanyahu (Likud).

It’s difficult to comprehend how a smart and deft politician such as Smotrich, whose views on resolving the Palestinian statehood issue are possibly the most astute and most honest (Watch Bezalel Smotrich Teaching Arab MKs About the ‘Palestinian Invention’), who managed to wrest two seats from the decades-long hold of the Haredi parties and revive the historic National Religious Party (NRP) to its highest parliamentary victory (National Religious Movement Wins 13 Seats – Highest in Its History), is calling on his two truest allies to ignore twelve years of history and, of course, be doomed to repeat it.

Smotrich is correct when he declares unabashedly “Get it out of your head – a right-wing government will not be formed with the support of Mansour Abbas – not on my watch.”

“Such a government will not be formed, period,” he tweeted. “Not from within, not from without, not by abstaining, and not by any other form of Israbluff (A term describing the creation of fiction to work around a problem. It combines the word Israel with the word bluff – DI). Proponents of terrorism who deny the existence of the State of Israel as a Jewish state are not a legitimate partner in any government.”

Smotrich then noted: “We have already gotten used, unfortunately, to the hypocrisy of the left, which pursues Netanyahu who has created tremendous achievements to the State of Israel, and in order to replace him, they are ready to sell the State of Israel to those who identify with the worst of its enemies.”

Smotrich concludes: “The irresponsible voices of certain elements on the right in recent days who support such reliance on the ‘nice Abbas’ reflect dangerous confusion.”

Except that, as in the case of who was this leader who permitted over twelve years the expansion of PA Arabs into Israeli territory, here, too, the irresponsible voice on the right who ponders inviting Mansour Abbas to sit at the table is Benjamin Netanyahu. He was the one to first legitimize Raam as a partner, back in November 2020 (Left Upset at Netanyahu’s Inroads with Israeli Arab Leader). And today, his spokesmen are pushing this idea, hoping against hope to persuade Mansour Abbas to pick them over Yair Lapid.

There’s another aspect to Smotrich’s ignoring the real culprit in suppressing the settlement enterprise despite false promises of sovereignty (can we say that Netanyahu never missed an opportunity to miss an opportunity to impose sovereignty in Judea and Samaria?). Smotrich owes his new lease on life to Netanyahu. The Likud leader has been such a vigorous supporter of Religious Zionism that he managed to antagonize his tried and true allies in the Haredi parties. United Torah Judaism chairman Moshe Gafni refused to take Netanyahu’s call after he had seen the damage his protégé Smotrich had wreaked on the Haredim in their strongholds. Some suggested that Netanyahu probably voted for Religious Zionism himself to make sure they get in.

Clearly, without Netanyahu, Smotrich may not have crossed the vote threshold, and should the country go to a fifth election, Religious Zionism may be back below the threshold without Netanyahu. And that explains why Smotrich is prepared to abandon logic, perspective, and even his short-term memory when it comes to the man responsible for the Area C approaching doom Smotrich cited.

This does not mean that Saar and Bennett should not join a Netanyahu government – they absolutely have to. But they must do so with the recognition that they’ll be playing poker against a world master, and that once they agree to join his green felt-covered table, he’ll be holding all the cards. 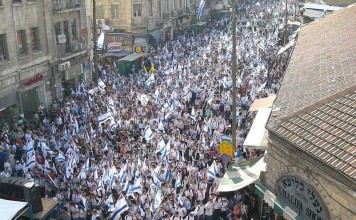 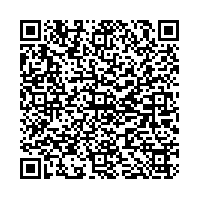