Riots broke out Friday night with the breaking of the Ramadan fast on the Temple Mount and in the Sheikh Jarrah (Shimon Hatzadik) neighborhood. Thousands of eastern Jerusalem Arabs began riots on the Temple Mount Friday night as evening prayers ended at the Al-Aqsa Mosque, as the faithful expressed their devotion to Allah by throwing stones, bottles, and other objects at police officers.


Dozens of riot police ascended to the Temple Mount and dispersed thousands of Arabs from the al-Aqsa Mosque using stun grenades. There was a chicken and egg dispute between the police and the Arabs, with the former saying there was a riot and then police were sent in to quell them, while the latter insist the cops came in and the riots started in response.

The severe clashes, the worst since 2017, took place in several waves, and with brief lulls that ended by blood-thirsty Arab provocateurs. After the third wave, all the rioting Arabs were pushed into mosques and the police tried to keep the compound outside free from rioters.

“Police forces have begun operations a short while ago to restore order using means of dispersing riots, following a violent disturbance and riot in the Temple Mount area, during which hundreds of suspects began throwing stones, bottles, and objects at the police forces,” the Jerusalem district police reported Friday night.

Following the riots, police decided to close all entrances to the compound, but some of the rioters barricaded themselves in mosques and were evacuated only later.

Early intelligence assessments mentioned expected disturbances in the eastern neighborhoods of the city, but not necessarily on the Temple Mount, possibly because the security forces are invested in avoiding the imposition of restrictions in the last days of Ramadan. Saturday night marks Laylat al-Qadr-Qadr Night, the night that marks when the Quran was first sent down from Heaven to the world and also the night when the first verses of the Quran were revealed to the prophet Muhammad – you recognize the Shavuot theme. Regardless of the authenticity of the event, hundreds of thousands of Muslims are expected to attend prayers that will last all night until Sunday noon.

The defense establishment and the police considered whether to impose restrictions on the entry of worshipers to the Temple Mount and decided to allow the prayers. However, on Saturday, police stopped buses in the Ein Hemed area on Highway 1 to Jerusalem to check Israeli Arabs who were coming to demonstrate on the Temple Mount. After the buses had been released, some of the Arabs got off and attacked the policemen, who responded with means of dispersing riots. Other passengers got off the buses and blocked the highway, creating a miles-long traffic jam. And some of the passengers started walking toward the city.

Jerusalem District Commander, Superintendent Doron Turgeman, said in a Saturday briefing to reporters that Saturday night would be rife with attempts to start riots, but the police are committed to maintaining order.

Prime Minister Benjamin Netanyahu said after assessing the situation that “Israel is acting responsibly to ensure law and order in Jerusalem while preserving freedom of worship.”

Defense Minister Benny Gantz held a situation assessment with the chief of staff, the head of Military Intelligence, and other senior officials, at the end of which he ordered full operational readiness, and approved the IDF plan to increase alertness.

“Extremists on either side must not be allowed to escalate the situation,” Gantz said at the end of the meeting, because, you know, there was apparently an equal number of Jewish and Arab rioters on the Temple Mount Friday night.

Gantz added that “Israel will continue to work to preserve the freedom of worship on the Temple Mount and will conduct itself with the required level of responsibility, but at the same time, it will not allow terrorism to raise its head or harm public order.”

That’s a puzzling statement from both the prime minister and the defense minister, seeing as Israel does everything in its power to deprive Jews of their freedom of worship on the Temple Mount. Very confusing. 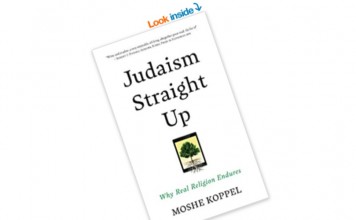 Why Peter Beinart’s Judaism is Doomed 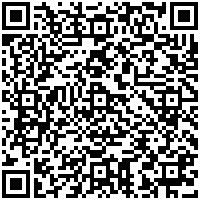