A group of Israel lovers from east Asia came to visit Benjamin and Samaria on the anniversary of the liberation of Jerusalem last week. The group included dozens of supporters from Malaysia, Hong Kong, and China. They came to see up close the homes of Jewish pioneers and learn about their struggles.

The visitors were ecstatic that their trip coincided with the 50th anniversary of the liberation of Judea, Samaria, and Jerusalem.


The group visited Esh Kodesh in Shiloh, home of Attorney Nati Rom, founder of the Lev HaOlam organization. They heard from Rom about how the fights of business owners in Judea and Samaria against the BDS movements. Many of the visitors bought products from several businesses operating in Judea and Samaria.

The group included businessmen who expressed their desire to establish partnerships with manufacturers in Judea and Samaria, as a way of supporting the Israeli economy and the Jewish pioneers. 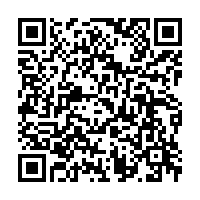