The land on which Alexander’s Court was built, which includes the Alexander Nevsky Church and several other buildings, was purchased in 1859 by Czar Alexander III, Emperor of Russia, King of Poland, and Grand Duke of Finland.

The Russian foreign ministry stated that on December 30, 2019, Israel had made a formal decision to transfer ownership of Alexander’s Court to the Imperial Pravoslav Palestine Society, and even published a document confirming this transfer.

Israel was going to recognize Putin’s ownership over the Russian compound in the Old City sooner or later anyway – although it had been sitting on that decision since 2015. But then the arrest of grotesquely unfortunate Israeli citizen Naama Issachar with 9.5 grams of hashish on her person in Moscow airport, and her ridiculously harsh sentence of seven and a half years in jail, was a great incentive for then-Prime Minister Benjamin Netanyahu to deliver the lovely present. Initially, the Russians were hoping to prevent the extradition of a Russian criminal hacker to the Americans in exchange for the Israeli woman who was sniffed by a customs dog in the airport. Now they took the condolence prize: a nice piece of historic real estate.

Well, not so fast. On Thursday morning, Judge Kaduri botched it all up in keeping with Finagle’s Law of Dynamic Negatives: “Anything that can go wrong, will – at the worst possible moment.”

After the Russian government had been registered as the rightful owner of the church, the Israeli Land Registry Commissioner responded to a string of appeals against the move with the explanation that the Russian Federation has been recognized by international bodies and by the State of Israel as a “continuing state” of the glorious Russian Kingdom, therefore, as part of the registration renewal order, the land should be registered in the name of the Russian Federation, and not the name “the glorious Russian kingdom” — which no longer exists.

And there is where the dog is buried, as the Israeli adage says. Ruling on the appeal of the Orthodox Palestine society of Holy Land, Judge Kaduri offered a lengthy explanation that come down to this: Since then-Prime Minister Benjamin Netanyahu stated that the compound is a sacred place, then the competent body to determine who owns this holy site is not an administrative body or the courts – but the Government of Israel, which is authorized to decide the issue given various religious and political considerations.

And so this hot potato has landed in the lap of Prime Minister Naftali Bennett, in the middle of a war between the Russian government and the Ukrainian government, with the Western democracies supporting Ukraine and imposing every conceivable economic sanction on Russia.

To be fair, Bennett did set up a ministerial committee in July 2021 to decide the issue, but the committee has never been convened. They was busy doing other stuff. But now it appears the court has left Bennett no choice but to decide who owns the holy Russian piece of land in the Old City, which has already provoked a serious diplomatic crisis between Vladimir Putin and the State of Israel.

Stay tuned, this one should be interesting. In a scary kind of way. 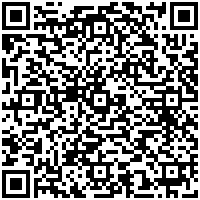