Thousands of Hezbollah supporters stepped off Sunday (June 18) in the heart of London at 3 pm to mark “Al Quds Day 2017,” organized by the “Justice for Palestine Committee.”

Leading the march was the “political wing” of the Iranian-backed Hezbollah guerrilla organization, which reportedly has been granted status by the UK government as a legitimate charity via the Islamic Human Rights Commission, according to reports by Twitter users.


Marchers and spectators were advised by the Islamic Human Rights Commission (IHRC) they were “welcome to bring flags that show solidarity with the Palestinian cause. Flags of proscribed (illegal) organizations will not be allowed.”

These are the last days of Zionism. The world has woken up to the systematic oppression – Massoud #AlQudsDay

The Campaign Against Antisemitism watchdog group met days earlier with the Metropolitan Police Service at a meeting facilitated by Sophie Linden, the Deputy Mayor for Policing and Crime, asking police to use their powers under section 12 of the Public Order Act 1986 to impose a condition so that marchers would be informed they could not show the emblem of Hezbollah.

However, “The Metropolitan Police Service refused our request,” the group said.

According to IHRC literature, the march was intended to bring together people from all over the United Kingdom “for the freedom of the oppressed in Palestine and beyond.”

Contrary to what one might expect, there were also several Jews scheduled to speak at the event, among them was Michael Kalmanovitz from the International Jewish Anti Zionist Network, Naomi Wimborne Idrissi from “Jews for Boycotting Israeli Goods” and of course, Neturei Karta UK.

London Metropolitan Police were present to protect those participating in the march.

London Mayor Sadiq Khan ignored the issue of the march and those who gathered not only to march, but to cheer them on — at least in terms of his public stance. Instead, the mayor’s Twitter account was replete with photos of him offering praise for firefighters who worked tirelessly to save victims from the Grenfell Towers blaze last week, and for the police who fought against terrorists on London Bridge before that. He went to church to memorialize those lost in both tragedies, and did a photo op with those who celebrated diversity with a 21-day ‘Great Big Walk’ through the United Kingdom.

In fact, he did everything humanly possible to draw attention away from the fact that a full-blown terrorist organization backed by Iran was marching through the center of his city, with legal endorsement and protected by his own police department. He did nothing to confront and deal with the issue. It was as if Hezbollah didn’t exist, and the march wasn’t taking place.

The mayor’s response prompts one to wonder what he does during security briefings at No. 10.

Gideon Falter, Chairman of Campaign Against Antisemitism, commented, “Hezbollah is clear that it seeks the genocide of Jews worldwide, committing terrorist atrocities from Bangkok to Buenos Aires to Burgas.

“As Britain mourns those we have so recently lost to Islamist terrorism, the Metropolitan Police Service and Charity Commission permit [Hezbollah supporters] to mount a show of force through the heart of London.

“This is the reality of the supposed crackdown on extremism and terrorism.” 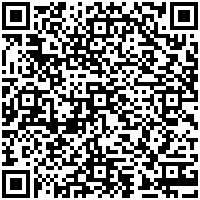