British Metropolitan police and MI5 agents discovered a Hezbollah explosive stockpile and bomb factory in the outskirts of London, England, in 2015, the UK’s Telegraph reported on Sunday.

Some three tons of ammonium nitrate, a highly explosive material, were hidden inside thousands of ice packs for easy transport and to avoid discovery. This was more ammonium nitrate than was used in the Oklahoma City bombing in which 168 people were murdered.

The discovery, from a tip-off by an unnamed foreign government, came just months after the UK signed US President Obama’s Iran nuclear deal. The Telegraph article speculates that the British government kept the story quiet to avoid undermining the recently signed nuclear deal.

An unnamed senior Israeli official told Kann News that it was Israel’s Mossad who supplied the information to Britain.

Hezbollah had created a similar terror setup in Cyprus in 2015. A captured Hezbollah agent had 8.2 tons of ammonia sulfate hidden in his home, also stored in ice packs.

Hezbollah has been involved in a number of successful, global terror attacks against Jewish and Israeli targets, including in Bulgaria and Buenos Aries, and other failed plots in New York, Detroit, India, Cyprus and Thailand. 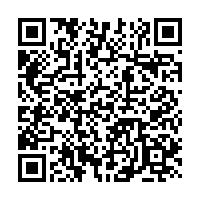