The UN Security Council will meet on Sunday to discuss the situation in Gaza, following a compromise with the US delegation which initially wanted a virtual session to be held on Tuesday.

On Sunday morning, IDF Spokesman, Brigadier General Hidai Zilberman, told military correspondents that the army has continued its operation against the “Metro” tunnels in the northeast and center of the Gaza Strip, dropping about 150 new bombs on them. He explained that there would be additional stages in attacking the tunnels, and the IDF would proceed with its action against the tunnels. Zilberman pointed out that the millions that had been sent by Qatar to Gaza had found their way to the Metro project.


“Hamas has invested tens of millions of dollars in the tunnels. Each kilometer of tunnel cost half a million dollars,” he said.

This is the first time since Israel has evacuated its civilians and military from the Gaza Strip in August 2005, and was forced into continuous clashes with Hamas since, that a large group of counties around the world is supporting the Jewish State’s fierce campaign against terrorism. Early Sunday morning, Prime Minister Benjamin Netanyahu wished to “thank Israel’s many friends in the international community who have strongly backed Israel’s action in defending ourselves. I want to thank the President of the United States Joe Biden and I want to thank the many countries, including European countries, who flew the Israeli flag in solidarity on their government buildings.”

Over the weekend, Austrian Chancellor Sebastian Kurz ordered to fly Israel’s flag on the Chancellor’s building in Vienna as a sign of solidarity with Israel. Kurz tweeted: “Today the Israeli flag was hoisted on the roof of the Federal Chancellery as a sign of solidarity with Israel. The terrorist attacks on Israel are to be condemned in the strongest language! Together we stand by Israel’s side.”

In response, Iranian Foreign Minister Mohammad Javad Zarif announced on Saturday that he had canceled his planned visit to Vienna. Zarif was scheduled to meet with Austrian Foreign Minister Alexander Schulenberg. Schulenberg’s office said in response to Zarif’s decision not to attend: “We are sorry for the cancellation, but it is clear to us that when Hamas fires more than 2,000 rockets at civilian targets in Israel, we will not remain silent about it.”

Austrian Ambassador to Israel Hannah Liko tweeted Saturday: “There was just a rocket impact in Ramat Gan – close to the Austrian Embassy. Luckily we‘re all safe. This has to stop immediately!”

Czech President Miloš Zeman said during the Gaza clashes that his heart was with the State of Israel, and tweeted a picture of his country’s flag alongside the Israeli flag and a heart emoji. The Israeli flag temporarily replaced the EU flag at the Prague Castle, and the ceremony was broadcast live on social media by the Czech Presidency, watch the whole thing, it’s very satisfying:

On Friday, the Israeli flag was hoisted on the Slovenian government building, and the government issued a statement in which it clarified that it identifies with Israel and condemns the terrorist attacks on it.

Another European country that has expressed support for the fight against Hamas is Hungary, whose Foreign Minister Peter Cierto wrote on Facebook: “Hungary condemns the missile attack on Israeli cities carried out by Palestinian terrorist organizations. We express solidarity with Israel and support its right to self-defense. The indiscriminate violence against civilians must stop immediately.”

Poland’s Ambassador to Israel Marek Magierowski tweeted last Wednesday in Hebrew: “I strongly condemn Hamas’ attacks on Israeli civilians. The use of terrorism is a dead end. I share the grief of all the victims. ”

Japan’s Deputy Defense Minister Yoshihide Nakayama tweeted last week: “What would you have done? One day, more than 300 missiles were suddenly launched by terrorists within 24 hours, robbing lives and destroying homes. Israel has the right to defend itself against the terrorists. Who was the first to fire rockets at civilians? Our heart is with Israel.”

The Gaza War continues, and the world appears to maintain its support for the Israeli side, which has been tested on Saturday night after the IDF had razed a communications tower in Gaza City that housed Hamas intelligence operations together with the offices of the AP and Al Jazeera (IDF Brings Down Gaza Tower Shared by Hamas Intelligence, Al Jazeera, AP).

IDF Spokesman Zilberman said on Sunday regarding the criticism of Israel over that operation: “I would like to see what the Americans would have said if one rocket were fired at Washington.”

Zilberman went on to say that the army attacked the home of Yahya Sinwar, the Hamas leader in the Gaza Strip, and of his brother, Muhammad Sinwar, both of which constituted terrorist infrastructures. In addition, several homes of senior Hamas figures were attacked, and, according to military estimates, some 130 terrorist operatives have been killed since the beginning of the operation.

“In the last 36 hours, we have attacked 45 launchers,” Zilberman announced. However, he clarified that “they have many more rockets and launchers that are buried in the ground.”

At the end of his remarks, Zilberman said that “there may be electricity problems in the Strip because they will have a problem operating the power plant.”

Perhaps this would help the Hamas leadership finally see the light? 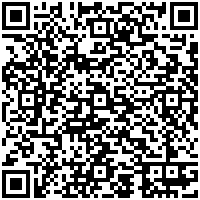