Hamas leader Ismail Haniya on Sunday warned Israel from his safe haven in Qatar against holding the flags march and ascending the Temple Mount next Sunday, the 28th of Iyar (May 29). “I want to say clearly, I warn the enemy about committing such crimes and acts. The Palestinian people and their vanguard, the resistance in Jerusalem and the West Bank, in particular, will not allow nor accept such Talmudic Jewish nonsense.”

For the record, there’s no mention in the Talmud of the Iyar 28 procession to celebrate the liberation of Jerusalem, mainly because said liberation took place in June 1967, and the Talmud was signed sometime in the fifth century. But what the arch-terrorist Haniya meant by “Talmudic Jewish nonsense” was in line with the Protocols and the Nazi propaganda associating Jews with scheming to take over the world, or, in this case, the holiest place on earth.


But you didn’t have to be an Arab terrorist to oppose the celebration of Jerusalem’s liberation from Jordanian occupation: Arab communist and Minister of Regional Cooperation from Meretz Issawi Frej spoke at Sunday’s cabinet meeting with a fervor similar to Haniya’s against letting the celebrating flag carriers and dancers reach Damascus Gate, warning it would be folly.

Prime Minister Naftali Bennett responded that Damascus Gate has always been part of the flags march’s itinerary, and took a jab at his predecessor, now-Opposition leader Benjamin Netanyahu for folding under Hamas pressure last year.

In May 2021, the flags march coincided with Eid al-Fitr, the holiday that follows Ramadan. The march was interrupted after about two hours when riots broke out in Jerusalem, and then the sirens were sounded in the city following Hamas’s rocket fire from Gaza. Police ordered the marchers to disperse and they reached the Kotel Plaza to hold their ceremony even as crazed Arabs rioted throughout the Temple Mount compound, some 20 yards above their heads. The rocket fire marked the start of Operation Guardian of the Walls.

Another Jerusalem parade was organized after the end of the skirmishes in Gaza, by Im Tirtzu, the Ariel and Ezra youth movements, and the Gush Etzion and Binyamin regional councils. The march was originally scheduled for June 10, close to Jerusalem’s liberation day on the general calendar (June 7), but was canceled by police. That was under Netanyahu’s government. Then Bennett became prime minister and on June 15 approved the flags march, despite Hamas’ threats that this would lead to violence. The marchers marched and Hamas were too busy licking their recent wounds to attempt another rocket attack.

Last week, Minister of Internal Security Omer Barlev in an uncharacteristic move, decided to allow the flags march to pass through Damascus Gate. The PA Arab newspaper Al-Quds reacted on Thursday, publishing a warning from the terrorist factions in Gaza that was sent to Israel through intermediaries, according to which they, the terrorists, would not restrain themselves in the face of Israelis holding the flags parade on Jerusalem Day. They cited Operation Guardians of the Wall and warned of a repeat.

The notion of bring-it-on comes to mind. To remind you, the United Nations Office for the Coordination of Humanitarian Affairs (UNOCHA) summed up the damage suffered by Gazans as follows:

So, by all means, do your worst. The flags parade, marking the liberation of the holy city of Jerusalem from gentile occupation 55 years ago, will be marching uninterrupted, through the very gates of the old city that were liberated by IDF soldiers back in June 1967.

Between you, me, and the wall, Bennett cannot afford to interrupt the flag march even if he wanted. He would lose whatever little credibility he still has among Israeli patriots, and his chances to make the vote threshold come the next elections. 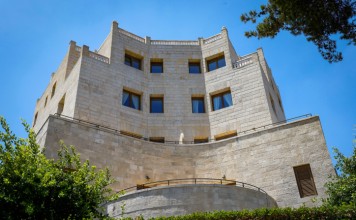 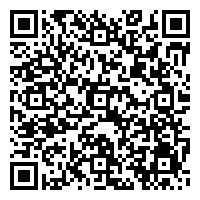