On Thursday, Vice President Kamala Harris’ senior staff enlisted the emergency help of Mark Mellman, president of the group Democratic Majority for Israel (and architect of Yair Lapid’s victory in Israel), to fix the unmitigated disaster caused by Harris on Wednesday, Politico reported. As you may recall, when the VP visited George Mason University in Virginia, she conducted a class where one female student wanted to know why the US continues to support Israel despite all the Arab babies the Jews are murdering and the Zionist apartheid system (Kamala Harris Praises Student Who Spread Lies about Israel).


As we reported on Wednesday, instead of challenging those shocking lies by arguing that those Jews actually murder far fewer Arab babies than one would think, Harris kept nodding approvingly throughout that anti-Zionist diatribe, and in the end told her, again approvingly, that she, Kamala, “was glad” the student had shared her concerns, and that her opinion should be heard in a democracy.

It didn’t go over well with the potential Jewish voters who will consider, come 2024, whether they want Harris to get the DNC’s nod and run against Donald Trump for the presidency. Turns out we, Jews, become very upset when some ignorant student in a Virginia college blames us for adding Christian blood to our matzos and the second most powerful Democrat in the land praises her for participating in the political process.

So Melman went to war right away, and issued a statement saying, “We were pleased Vice President Harris’s senior staff reached out to us today to confirm what we already knew: Her ‘commitment to Israel’s security is unwavering.’”

Correct me if I’m wrong, but wasn’t that nodding scene a show of a little wavering? I’m just saying. We’re not expecting VP Harris to sing Hatikvah, we only wished she were able to tell that barely coherent student that she was wrong, that’s all, instead of reassuring her that “this is about the fact that your voice, your perspective, your experience, your truth, should not be suppressed and it must be heard, right? And one of the things we’re fighting for in a democracy, right?”

Not at all. Especially when Kamala’s only defense of the Jewish State was to say: “The point that you are making about policy that relates to Middle East policy, foreign policy, we still have healthy debates in our country about what is the right path, and nobody’s voice should be suppressed on that.”

In other words, the jury is still out on just how many Arab babies those Jews are killing, there’s no right answer.

According to Mellman, Harris’ senior staff reassured him that the vice president “strongly disagrees with the George Mason student’s characterization of Israel.”

Could have fooled me. I mean, we all so the video, “strongly disagrees” wasn’t in it.

But Mellman, forever the professional mercenary, is trying to put that kerfuffle away by saying stuff like: “The Biden-Harris Administration, as well as President Biden and Vice President Harris personally, have exemplary pro-Israel records, for which we are immensely grateful.”

Not good enough. Because that outrageous video offered Jewish Democrats an opportunity to watch Kamala Harris in her natural environment, arguing with the crazy left of the DNC, and failing to apply all those nice notions about the “exemplary pro-Israel record” thing. If the VP can’t act like an honest and strong leader, come up to the podium and say, in her own voice, I messed up, I’m sorry, it won’t happen again, trust me – then we won’t trust her. 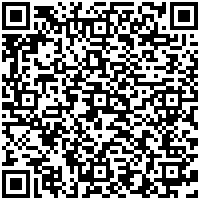