Russia’s foreign ministry on Tuesday accused Israel of supporting the neo-Nazis in Ukraine, upping the ante in the antisemitic attacks of Russian Foreign Minister Sergei Lavrov who claimed on Italian television last Sunday that Adolf Hitler had Jewish blood, and “the most ardent antisemites, as a rule, are Jews.”


Israeli foreign minister Yair Lapid said on Monday that Lavrov’s was “an unforgivable, scandalous statement, a terrible historical mistake and we expect an apology. The Russian ambassador will be summoned today for a difficult conversation.” It’s not clear, however, how difficult that conversation has been. All we heard at the end of the meeting between Russian Ambassador Anatoly Viktorov and the head of the Russian department at the Foreign Ministry, Gary Keren, was that “the Israeli position has been clarified.”

Not well, apparently, since, as we said, on Tuesday, Kremlin officials accused Lapid of making “anti-historical statements” which “explained the course of the current Israeli government in supporting the neo-Nazi regime in Kyiv.”

They had more – somebody in Moscow paid a few visits to some heavy Holocaust-denial and White Power websites: “History, unfortunately, knows tragic examples of cooperation between Jews and the Nazis,” the Russian foreign ministry said in Tuesday’s statement. Also: “The historical tragedy lies in the fact that if during the Second World War some Jews were forced to participate in [Nazi war] crimes, Zelensky, who uses his roots, does this quite consciously and quite voluntarily. He hides behind his origins and uses them to provide cover for neo-Nazis, the spiritual and blood heirs of the executioners of his people.”

“Antisemitism in everyday life and in politics is not stopped and is on the contrary nurtured [in Ukraine],” the Russians concluded.

Israeli President Isaac Herzog, who this week celebrates his first ten months in office, told Haaretz on Tuesday that had been shocked and disturbed by Lavrov’s remarks, including his claim that “Hitler also had Jewish blood.” In the first reference to the scandal, Herzog made it clear that he expects Lavrov to apologize.

“The truth is, I’ve read it a few times,” he recalled. “At first I did not believe these were things said by the Russian Foreign Minister. They made me very angry and disgusted. In the week when we have been dealing with the memory of the Holocaust, of all weeks, the Russian Foreign Minister chooses to spread lies, horrible lies, rife with the aroma of antisemitism. I expect him to retract his words and apologize.”

OK, a quick quiz: when was the last time a Russian official apologized for anything? I’m just asking…

Although President Herzog believes the hateful Russian statement will not harm relations between the two countries, he believes that it obfuscates them. “It would be right and vital to correct this statement,” he added and noted the crucial contribution of the Red Army in the victory over the Nazis.

State Department Spokesperson Ned Price also joined the Russian bashing, saying at a Monday press conference: “We, of course, have seen those despicable comments. We also saw a number of responses from other world leaders. The one that stuck out to me, stuck out to many of us here, was the response from Israeli Foreign Minister Lapid. He is, of course, someone who speaks with a great deal of authority on these matters. It would be impossible to improve upon the response that he offered. As he said, the [Russian] foreign minister’s ‘remarks are both an unforgivable and outrageous statement as well as a terrible historical error.’ He went on to note that ‘Jews did not murder themselves in the Holocaust. The lowest level of racism against Jews is to accuse Jews themselves of anti-Semitism.’

Finally, in March 2022, former German Interior Minister Gerhart Baum told RTL television that Sergey Lavrov had been a notorious liar for decades. Around the same time, Tromso University in Norway pulled Lavrov’s honorary Ph.D. Here’s the thing, though: it was only the second time Tromso U. has rescinded an honorary doctorate. The first one belonged to Jon Sudbo, who fabricated research results in oncology which he published in leading medical journals. The article that led to his downfall, published in The Lancet, was based on 900 patients which Sudbo had fabricated completely. The editor of The Lancet described this as the biggest scientific fraud conducted by a single researcher ever.
So, good company. 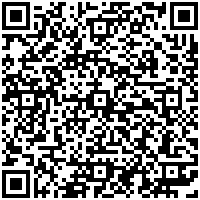