Police arrested 17 suspects on charges of disturbances and throwing stones at police officers during clashes in the area of ​​the Mea Shearim neighborhood and Bar Lev Boulevard in Jerusalem overnight Wednesday.


Meanwhile, the government on Tuesday night approved in a phone poll the health minister’s proposal to extend the special state of emergency due to the coronavirus until Tuesday, October 13.

The Health Ministry furnished the ministers with data indicating the continued rapid spread of the corona pandemic, which is a condition for the approval of extending the special state of emergency.

Police operated on Shivtei Israel Street and Bel Lev Boulevard in Jerusalem Tuesday night, as part of an effort to enforce the lockdown. Several illegal assemblies were dispersed and the participants who resisted the order to disperse were issued fines.

As could be expected, this did not go over peacefully among the Haredi residents on these streets. The crowd threw stones and iron bars at police officers, set fire to garbage cans and caused damage to property, private vehicles, and police vehicles.

The 17 suspects were taken for questioning and during the day Wednesday, some of them are expected to be brought before a judge for an arraignment.

The police issued a statement saying: “Israel Police will continue to act resolutely in order to fulfill its responsibility in maintaining the public’s health, and will not allow any extremist individual or group to curb its operation.”

Of course, the need to maintain the public’s health was challenged by the fact that an 11-year-old boy and four policemen were injured Tuesday night in clashes between police and Haredi demonstrators near a synagogue belonging to the Jerusalemite Faction in Modi’in Illit. Seven were arrested.

The boy was taken to an emergency clinic with a head injury, the officers were only lightly injured and two female officers were evacuated for medical treatment. Police troops were called to the scene following a report of a breach of the corona guidelines at the synagogue.

Hundreds of Modi’in Illit residents surrounded police vehicles, lit fireworks, and threw stones at police officers – which in the context of Simchat Beit Ha’Shoeva, the happiest day of the year according to the gemorah, probably qualified as a mitzvah.

According to police, “a crowd of hundreds, including children, began encircling police vehicles and the officers, sat on the road, blocked and prevented police vehicles from moving and began rioting. This included throwing stones, throwing bottles and diapers with feces, and igniting fireworks.”

In the Heftziba neighborhood of Beit Shemesh, a soldier was attacked by Haredi extremists on Tuesday, after police enforcement of the regulations at the scene. Police arrested three suspects in riots after clashes broke out in the city between residents and police. Some residents blocked the road and threw stones and used diapers at police vehicles, some of which were damaged.

The Prime Minister’s Office issued a statement saying that “in a telephone poll, the government approved the Minister of Health’s proposal to extend the declaration of a special state of emergency due to the coronavirus until October 13, 2020.” The government announced the initial special state of emergency last week, which included restrictions on demonstrations until October 7. In addition, it was determined that religious prayers and other ceremonies in the open will be held in groups of 20.

The government is obligated to extend the special state of emergency every seven days if it wishes it to continue, and it must not extend it for more than 21 days. However, the Knesset Constitution Committee may waive this limit and approve a further extension of the emergency, including the ban on demonstrations beyond those three weeks.

Two weeks ago, News 13 reported that according to the Corona Cazar Prof. Ronni Gamzu, Prime Minister Benjamin Netanyahu decided to impose a full lockdown to prevent demonstrations outside his official residence on Balfour Street in Jerusalem.

“It all started when the lawyers said that demonstrations could not be prevented,” Gamzu said according to that report.

And so, as usual, politics and public health policy in Israel are intertwined, to the tune of 1,803 dead as of Wednesday morning, and 855 in critical condition with 223 on respirators. 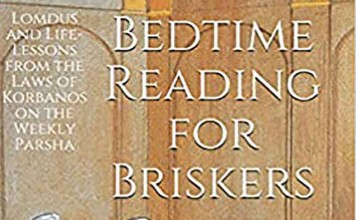 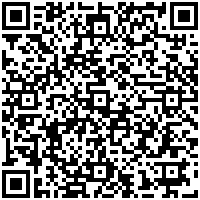