In 2017, Israel approved the sale to Saudi Arabia of Pegasus, the spyware developed by NSO Group that can be covertly installed on mobile phones, New York Times Magazine reported on Friday (The Battle for the World’s Most Powerful Cyberweapon). The Times investigation revealed how Israel reaped diplomatic gains around the world from Pegasus, which was acquired, among many others, by the FBI. In the Kingdom, Pegasus’ main client was Prince Mohammed’s security agency.

According to the report, a small group of senior defense establishment agents who reported directly to then-Prime Minister Benjamin Netanyahu, took the in dealing with the Saudis “while taking extreme measures of secrecy.” The initial 2017 contract was for $55 million.


Keeping the Saudis happy was important for Netanyahu, who was in the middle of negotiating the secret Abrahamic accords with the UAE and Bahrain. But then, in the fall of 2020, the Saudi license for Pegasus expired and the Israeli Defense Ministry had to decide whether or not to renew it. The Khashoggi killing in 2018 by Saudi agents was a major factor in the Ministry’s decision not to renew, citing Saudi Arabia’s abuse of Pegasus. Without the license, NSO could not provide routine maintenance on the software, and the Saudi systems started to crash, the Times reports.

What followed were many urgent calls involving Prince Mohammed’s people, NSO executives, Mossad, and the Defense Ministry – but the decision remained as it had been. Eventually, the crown prince placed an urgent telephone call to Netanyahu, demanding the renewal of the Saudi license for Pegasus.

According to the report, besides hinting that Saudi Arabia could make or break the Abrahamic accords—stick, Prince Mohammed also offered a carrot: the use of Saudi air space by Israeli planes flying to and from the Gulf States.

After his conversation with Prince Mohammed, Netanyahu’s office, on the same night, ordered the Defense Ministry to fix the problem and, also on the same night, the Ministry called NSO ordering it to switch on the Saudi systems. But the NSO compliance officer on duty refused to do anything without a signed license and wasn’t all that impressed by the fact that the order had come from Bibi. Eventually, he accepted an official email from the Defense Ministry and turned on Pegasus in Saudi Arabia. In the morning, a special courier delivered the stamped and sealed license.

Netanyahu on Friday responded to New York Times report, suggesting that “the claim that leaders were offered advanced systems in exchange for a political achievement – a complete lie.”

On Nov. 3, 2021, the Biden administration blacklisted the NSO Group, saying the company knowingly supplied spyware that has been used by foreign governments to “maliciously target” the phones of dissidents, human rights activists, journalists, and others. The Commerce Department added the Israeli firm to its “entity list” for activities “contrary to the national security or foreign policy interests of the United States.”

The administration informed Israel’s Defense Ministry of the ban less than an hour before it was made public, and Israeli officials were understandably furious. The ban came after years of the US secretly testing NSO’s products at home and acquiring them for its own use.

According to the Times, the FBI bought the spyware in 2019, at which point the media were saturated with reports about Pegasus being used against activists and political opponents in many countries. The FBI reportedly also debated acquiring and deploying a newer NSO product, the Phantom, inside the United States. Only last summer did the FBI decide not to use NSO programs, but it holds on to it, in a federal building in New Jersey. NSO also gave the FBI a demonstration of Phantom, intended to hack American phone numbers.

Meanwhile, Finland’s government says the mobile devices of its diplomats serving abroad have been hacked using Pegasus spyware. The Finnish Foreign Ministry issued a statement on Friday saying “the highly sophisticated malware has infected users’ Apple or Android telephones without their noticing and without any action from the user’s part. Through the spyware, the perpetrators may have been able to harvest data from the device and exploit its features.”

A Finish Foreign Ministry official noted: “As you know Pegasus spyware does take the phone under its control. Even the microphone and camera of these devices were being spied on.”

In November 2021, Lajos Kósa was the first Hungarian senior official who acknowledged that the country’s Interior Ministry purchased and used Pegasus. PM Viktor Orbán’s government has been accused of using it to spy on members of media as well as on Hungarian opposition months before Kósa accidentally acknowledged it, saying it was just a simple software.

On Friday, The Guardian reported that Hungarian journalists who had been targeted with Pegasus announced their plan to take legal action against the Hungarian state and NSO. The Hungarian Civil Liberties Union will represent six clients: journalists Brigitta Csikász, Dávid Dercsényi, Dániel Németh, and Szabolcs Panyi; Adrien Beauduin, a Belgian-Canadian Ph.D. student and activist; and a sixth person who remains anonymous.

“It is unacceptable that the operations of the national security services, which are necessarily carried out in secret, should become a tool of oppression rather than a means of protecting citizens,” said Ádám Remport, of the Hungarian HCLU. 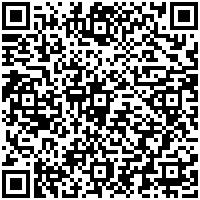