The Be’er Sheva Regional Rabbinical Court last week decided to publish the name and photo of Yitzhak Sasson, who has been refusing to divorce his wife Sharon for a year despite a judicial ruling requiring him to do so.

The judges allowed the wife to shame him and called on the public to boycott him, in order to increase the pressure on him to agree to her release from the marriage.


The Dayanim: Rabbi Aharon Dershevitz, Rabbi Ovadia Hefetz Yaakov, and Rabbi Avraham Zvi Gaoptman, wrote in their ruling that they ordered the defendant’s public shaming because “despite lengthy court conversations with the husband, the husband persists in his refusal to arrange the divorce and brazenly defies the decisions of the court, continuing to force a state of aguna on his wife. The Tribunal, therefore, permits the publication of his name and picture in public and by any available means, in order to get him to carry out the verdict.”

The rabbinical judges also asked to bring their ruling to the attention of the rabbis of the city of Dimona where Sasson lives.

The wife, who goes by the name Sharona Maeyn Twizer, posted on her Facebook page a plea for the public to participate in her husband’s shaming:

“Over three and a half years of torture, and after nearly 18 years of unending violence, severe humiliation, cursing, injury to body and soul, living in daily anxiety, and constant fear of distancing, disconnecting, alienating, and inciting the children against me, and fleeing to a shelter for battered women !!!

“Only three children out of seven are with me, the rest are severely alienated !!!

“The tribunal ruled he is compelled to give me a get and he spits at everyone despite the ruling and asks for ‘true shalom beit.’

“The tribunal has tools for when the husband refuses to respect the tribunal’s decision. Here, too, the court ruled on various sanctions against the refuser, following repeated requests from the attorney representing me, such as a prohibition on his leaving the country, prohibition on his driving, on holding a bank account, and more.

“When the court found that the sanctions do not help and the refuser stands by his refusal, they now added the shaming. The court is saying, this is the man, this is his picture, and there is now a call to the public to help me as a woman who wants to be free by blaming him, as it is proper in dealing with a get refuser !!!

The list of sanctions includes not giving him water and food, it is forbidden to talk to him at all, he must not be allowed to say Kaddish or sit in the synagogue, everyone must stay away from him, and more. There is a strong and clear message here to those who refuse to give a get. Please distribute his picture and name in public, maybe this is what will get him to set me free.”

The Sasson couple married more than 20 years ago and raised seven children together. About three years ago, Sharon opened a divorce case, claiming in court that she had suffered severe violence at the hand of her husband. The latter denied the allegations of violence, and expressed his firm desire for shalom beit, although it was made clear to him that there was no chance of that.

Earlier this year, the tribunal announced that the husband should be treated under the Rabeino Tam ban, which includes social sanctions forbidding to talk to him, host him, or visit him if he falls ill, do business with him, nor to count him in a prayer minyan in a synagogue, give him an aliyah to the Torah, or to allow him to say Kaddish.

In recent years, rabbinical courts in Israel have made extensive use of shaming against husbands who refuse to give their wives a get. In cases where these sanctions have failed, the court can decide on a fine or imprisonment for get refusers. 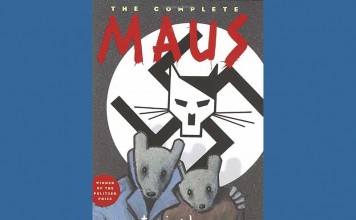