As of Monday, the outline approved by the Ministerial Committee last night is expected to take effect: some 40 red cities will see a nightly closure imposed from 7 PM to 5 AM the next day, and educational institutions will be closed. The full list of cities where the restrictions will be imposed is expected to be published later in the day. It appears that after an assessment of the situation that will take place on Monday morning, ten more cities will be added to the 31 cities that were declared red already last week, and were not supposed to activate their education system in the first place.

Prime Minister Benjamin Netanyahu said at Sunday night’s ministerial committee debate that “on Thursday we will consider a full national closure and an outline for the Tishrei holidays.”

As part of the nightly closure, residents of red cities will be permitted to go only up to 500 meters from their homes, except in special cases which will be specified in the Ministry of Health’s announcement. Educational institutions, with the exception of special education, will be closed, and businesses will be closed every evening starting at 7 PM, except for essential businesses.

“Citizens of Israel, I would like to update you on the decision that the ministerial committee made this evening. In the last 24 hours, another 10 cities have been added to the list of red cities and we have already reached 40 red cities. In light of this, the professional elements have recommended that night curfews be imposed on these cities and that their education systems be closed, in addition to the restrictions on gatherings.

“I know that these restrictions are not easy but in the current situation there is no avoiding them. Even though mortality in Israel is still among the lowest in the world, with all the sorrow over every loss of life, and the number of severe cases is still stable, strength is not forever.”

At this point, the PM’s press release referenced Proverbs 27:24, which reads: “For riches are not forever, Nor does a crown endure to all generations.” It should be noted that the Hebrew original text does not say Keter, which is Crown, but Nezer, which means Tiara. Was this a bit of spiritual musing on the part of the PM? Introspection? Is the PM growing philosophical in the face of a rising plague? We don’t know.

“The professional elements are warning that given the high morbidity situation in Israel, the trend is liable to reverse itself at any moment with a dangerous addition of severe cases and deaths and the danger that the teams of doctors treating corona in the hospitals could collapse. In light of these data and recommendations, this evening’s decision was considered, responsible, and required by reality.

“We will continue to take the responsible steps necessary in order to safeguard health, lives and the economy. I promise to continue updating you. Thank you.”

Economy Minister Amir Peretz on Monday morning referred to the decision of the Ministerial Committee, saying: “At the meeting, it turned out that the number of red cities had risen sharply. The proposal that was accepted was offered by [Corona Czar] Prof. Gamzu and I and my faction members supported it.”

Peretz noted: “The problem is to build trust in the public and the changes do not help that.”

Haredi Ministers Yaakov Litzman and Aryeh Deri were furious at the approved outline, despite the fact that it was a compromise outline proposed by the PM instead of an outline that imposed full closure on the red cities. According to Litzman and Deri, “the closure of educational institutions in 40 municipalities is not acceptable.”

Haredi Deputy Minister Uri Maklev said on Monday morning on Reshet Bet radio that the compromise outline does offer some relief. However, Maklev pushed the same line common to all the Haredi spokespersons, that his sector’s passion for Torah study is not being fully understood and considered by outsiders, including the decision makers.

According to Maklev, “We learned from the first wave, when there was a curfew on Bnei Brak, that the consequences are severe, both on the image and on the economy, and we have been carrying this on our backs to this day. Beyond that, when you take a small number of cities and isolate them it seems like imposing a kind of guilt or stigma. There is a system of balances of benefit against harm, and sometimes the feeling in the Haredi cities is that the people in charge do not take this into account, whether out of alienation or ignorance.”

Meanwhile, associates of the leading authority in the Lithuanian sector, Rabbi Chaim Kanievsky, ordered the yeshivas to remain open for all the age groups, even if the government forbids it – which brings the country back to the early days of the pandemic. According to Kan 11 News, Rabbi Kanievsky’s representatives stated: “The institutions will not be closed – unequivocally.”

In Bnei Brak, a red city, they plan to open the boys’ yeshivas on Monday, under Rabbi Kanievsky’s orders, but there is still no decision regarding the girls’ seminars.

The restrictions are also expected to apply to some Arab localities and some neighborhoods in eastern Jerusalem. But security officials have been saying that it’s not possible to enforce local closures in those eastern Jerusalem neighborhoods, and that they prefer a closure over the entire eastern part of the city – which includes the Old City. 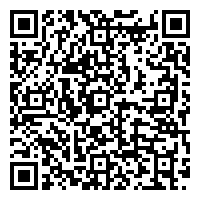