Israeli Tourism Minister Yoel Razvozov (Blue&White) told TASS on Sunday that he is looking forward to welcoming tens of thousands of tourists from Russia before the end of 2021, even at the cost of accepting Russian who have been vaccinated with the still unapproved Russian vaccine Sputnik V. Razvozov spoke to the semi-official Russian news agency ahead of the opening of Israel’s borders to foreigners inoculated with two doses of the Sputnik V, scheduled for November 15.

“Israel is waiting for tourists from Russian. Around 23,000 foreign tourists entered Israel in the first ten days (November 1-10) after opening the borders for tourists inoculated with vaccines recognized by the World Health Organization,” Razvozov said, adding, “I hope we will be able to receive that many guests vaccinated with Sputnik V before the end of 2021 and during the Christmas holidays.”


Starting on November 15, Israel is allowing entry to foreigners who were inoculated with two doses of Sputnik V or a booster dose, with the second dose received 14 or more days before the entry, but no more than six months before the end of the visit.

“As far as we can see, the recognition of the Russian vaccine by the WHO is a matter of the near future,” the optimistic Tourism Minister said. “So, we are ready to be the first to make a step in this direction. We expect that the issue of the opening of our borders for vaccinated tourists from our country will be mutual.”

According to Razvozov, talks on the resumption of tourism from Russia were held during his visit to Moscow along with Foreign Minister Yair Lapid in September. The issue was also raised during Prime Minister Naftali Bennett’s meeting with President Vladimir Putin in Sochi in October.

Razvozov told TASS that “naturally, Russian-born Israelis, who have not seen their relatives and friends for nearly two years, are waiting more than anyone else. It’s no secret that relations between our countries are based not only on official contacts but also on close relations between our countries’ nationals. Apart from that, many people employed in the travel industry – guides, travel operators and so on, have been unable to earn money for 20 months because of the closed borders and the coronavirus crisis. We know that our sunny Eilat is a favorite destination for Russian tourists in winter. I hope this year many Russians will be able to organize such nice vacations for themselves.” 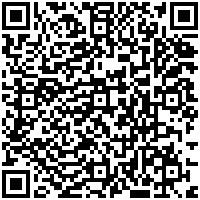