Among Israeli Arabs, only 14% identify themselves as “Palestinians,” and they are mostly Muslims, a new study found.

The Arab citizens of Israel represent a little more than 20% of the state’s overall population, 83.5% of whom are Muslims, 8.9% Christians, and 7.6% Druze. According to the new study (Jews and Arabs: Conditional Partnership), issued by The Israel Democracy Institute, the complex relationship between Jews and Arabs in the State of Israel exists on three levels that do not necessarily overlap: state, societal and interpersonal.


On the one hand, the study shows that definite, substantial disagreements exist between Jews and Arabs on the state level, but, at the same time, relations on the societal and, even more so, on personal levels, are less tense. In certain areas of life, the study found, the situation is actually quite positive.

In the area of Self-Definition, as a rule, those Jewish Israelis who self-identify primarily as Jews tend to express more discriminatory and exclusionary opinions regarding Arabs than those who self-identify as Israeli, according to the study. The self-definition as “Palestinian” as a primary identity is more common among Muslims, young educated people, and those who have first-degree relatives living in Judea and Samaria.

The minority that self-identifies as Palestinian tends to express more critical opinions of the State of Israel, Jews and Israelis. In addition, they are more skeptical regarding the possibility of their being able to integrate into Israeli society.

A complex relationship between Jews and Arabs, indeed. 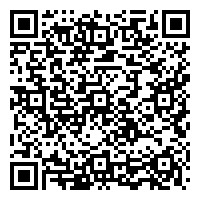